Honda has jazzed up its popular hatchback with added space, upgraded design, and improved performance.

The Honda Jazz – now in its third generation – is described as “bold and sophisticated” by its creators, but it is likely to face stiff competition from the Nissan Note, the Hyundai i20, the Toyota Verso and the Volkswagen Polo.

The new car is curvier than the previous generation (which was softer still than its ancestor, the first generation car) but still retains the familiar Honda face. The overall shape is very similar with a distinctive rear and sculpted sides.

The interior is as you’d expect from a modern car, with high quality materials used and an optional touchscreen on high-end models. The top-spec trim level comes with a smartphone-style interface with an Android operating system – if you have an Android phone, you can connect the car to weather and traffic reports.

An efficient 102bhp engine, a 1.3-litre petrol i-VTEC, will deliver good performance while retaining competitive fuel economy. This can come coupled to an automatic or manual gearbox, and improvements to suspension and handling should make this a comfortable and fun car to own. We don’t know what might come after that petrol engine apart from – maybe – a hybrid, but it’s unlikely that Honda would introduce a diesel to the European market. 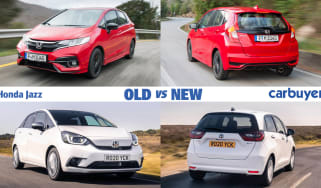 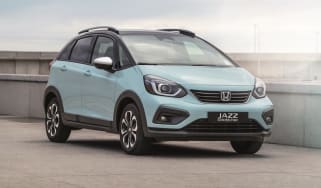