Interior of the Peugeot 508 SW feels solid, but the brand don't have the best reputation

The Peugeot 508 SW's interior feels solid, but the company doesn’t have the best reputation for reliability, even if its dealers are improving.

The Peugeot 508 SW appears to be well built and our 2016 Driver Power customer satisfaction survey appears to back this up, because the 508 saloon finished in a reasonable 59th place out of 150 cars. However, you should be aware that electrical niggles have been known to affect the Peugeot’s sat-nav system and also cause problems when plugged into a phone with a USB cable.

We experienced both these issues while running a 508 SW for several months after it was launched. It seems French brands’ age-old association with electrical problems still rings at least partly true in the 508. This may go some way to explaining the 508’s 109th-place finish for overall reliability in our Driver Power poll. Peugeot as a whole had a more middling result, finishing 17th out of 32 manufacturers included in the survey. Nonetheless, Peugeot owners praise their cars’ running costs. 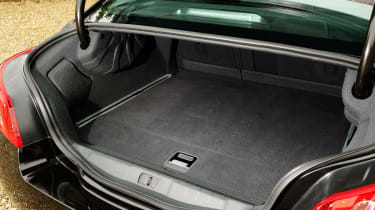 On the upside, the Peugeot 508 achieved a five-star Euro NCAP crash-test rating, so it should be very safe in the event of a smash. Euro NCAP praised its adult and child occupant protection particularly highly and highlighted the fact that it had side and curtain airbags as well as two front airbags. The presence of standard electronic stability control was praised, too. This is a system that can rapidly brake one or more wheels to help the car regain grip in slippery conditions and prevent a skid. However, the ability of the front bumper and bonnet to protect pedestrians let the side down slightly – Euro NCAP reckoned this could be improved.