The Peugeot 508 SW has engines that are generally quiet and strong, and it’s pretty good to drive

The steering of the Peugeot 508 SW is light and smooth at all speeds, but it doesn’t tell you much about how much grip the front tyres have. This limits your confidence in the car, especially in wet and slippery conditions.

The basic 120bhp 1.6-litre diesel’s speed and acceleration figures are best described as ‘relaxed’, but it’s actually a decent enough performer. As long as you plan ahead, it can get past slower traffic, and it never feels out of its depth on the motorway. 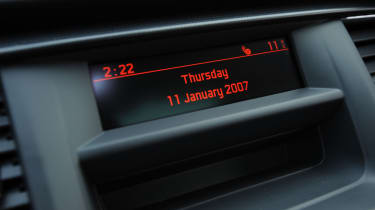 The best all-rounder is the mid-range 150bhp 2.0-litre diesel engine, which blends decent performance with efficiency; drive it economically and it’s a pretty easygoing companion. It’ll still to 0-62mph in 9.1 seconds and is well able to haul a boot full of stuff when you need it to.

The 180bhp 2.0-litre diesel comes with an automatic gearbox that does little to enhance the driving experience, because it’s pretty slow to change gears and never seems to be in the one you want. It’s been programmed with fuel economy in mind, so it shuffles into the highest gear possible at every opportunity, but then takes too long to change down when you want a spurt of acceleration.

Nothing to see here – move along. Peugeot decided to discontinue sales of petrol 508 SWs in the UK due to lack of demand, so it’s diesel or bust.

The 508 SW is also available as a beefed-up, four-wheel-drive diesel hybrid model called the 508 RXH, which we’ve reviewed separately.