Ferrari and Lamborghini: an illustrated guide

Few need to compare Ferrari and Lamborghini, but many want to. We look at the two companies’ history, ethos & cars 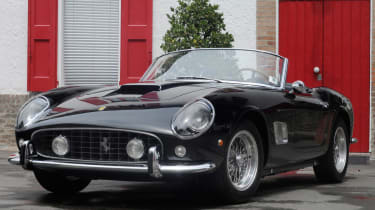 The founding of Lamborghini makes for one of the best stories in automotive history.

A wealthy Italian tractor manufacturer named Ferruccio Lamborghini was frustrated by the fragility of his Ferrari’s clutch. He went to Enzo Ferrari to complain, but was dismissed out of hand, with Enzo (as legend has it) telling Ferruccio to go away and do a better job if he could.

Lamborghini took this challenge literally, hiring staff Enzo had previously fired from Ferrari. Ferruccio chose the bull as his company’s emblem partly as he was a Taurus, and partly because he simply liked bullfighting. Many of the company’s cars are named after famous fighting bulls.

In 1963 the first Lamborghini – called the 350 GT – was launched. The prototype had its teething problems, but the production car was far better received. 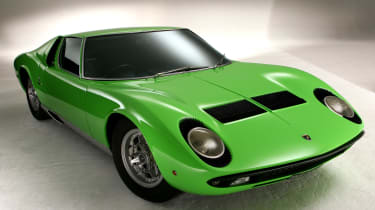 Lamborghini’s fortunes really took off with the launch of the Miura three years later, which was – and still is – considered one of the most beautiful cars in the world.

The company’s fortunes have wavered over the years. It went bankrupt in 1978, was sold to Chrysler in 1987, and was finally bought by the Volkswagen Group in 1998. The latter’s stewardship has helped it enjoy significant success. 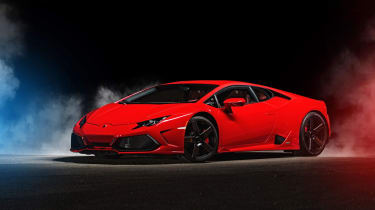 Lamborghini presently has two key models and the Lamborghini Huracan, which starts at around £155,000, is the cheapest. In its basic form, the Huracan is a rear-wheel-drive supercar that’s mechanically similar to the Audi R8, although the Huracan’s 572bhp 5.2-litre V10 engine produces around 40bhp more than the standard R8 and gets the junior Lamborghini from 0-62mph in 3.4 seconds, hitting a top speed of 199mph.

If you want more power, the four-wheel-drive Huracan LP610-4 produces 552bhp, which is enough shave 0.2 seconds off the 0-62mph time and allows the car to crack the 200mph barrier – although this model is around £25,000 more expensive. 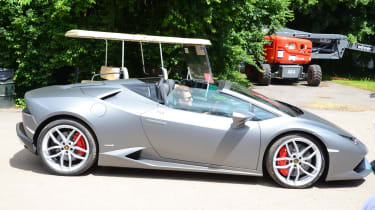 A convertible Huracan LP610-4 Spider is also offered, with Lamborghini charging around £15,000 to lop the roof off the car.

The Lamborghini Aventador is the company’s flagship car. It costs around £260,000 and has a 6.5-litre V12 engine, which produces either 690 or 740bhp depending on whether it’s specified in standard or Superveloce (literally ‘superspeed’) form – with the latter costing roughly £55,000 more than the 690bhp car. 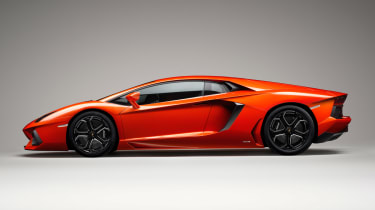 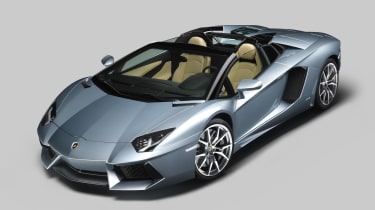 With several decades’ worth of history, pinpointing every significant Lamborghini ever made is a lengthy task, so we’ll stick to some of the more iconic and significant models.

We’re not being churlish by including Ferruccio’s first tractor on this list – the company’s current cars are about as far away from agricultural machinery as it’s possible to get – but without this little orange trattori the company wouldn’t exist. 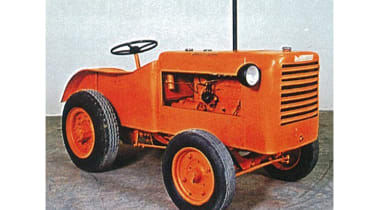 Lamborghini built his first tractors using surplus machinery left over from World War II and it’s rumoured when the clutch on his Ferrari kept breaking, he replaced it with a sturdier one from his stock of tractor parts.

“Just look at it!” was roughly the reaction the Miura generated when it was unveiled in 1966. The car’s V12 mid-engined layout was cutting-edge at the time, while its styling – from the curved, perfectly proportioned lines at the rear haunches to the ‘eyelashes’ around its headlights – made it an instant icon. 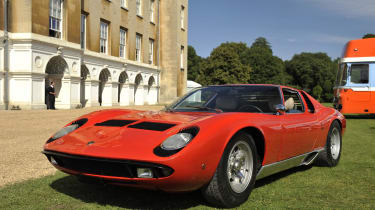 Never mind that the Miura was impractical, required careful maintenance and could be tricky to handle; ignore the fact the fuel tank sat over the front axle, making the car more and more skittish as the tank emptied and the front wheels had less weight pushing them down on the road – just look at it! 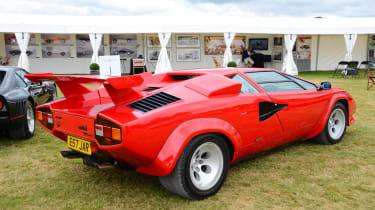 If the Miura made people say “wow”, the Countach actually commanded them to when it launched in 1974, as its name roughly means “good grief!” in Italian. Another instant poster pin-up, the Countach was – if anything – harder to live with than the Miura, as its famous scissor doors made reversing a difficult and inelegant endeavour, while visibility was extremely limited. That – and the fact its engine was originally the same as the one found in the Miura it replaced – didn’t stop the Countach from staying in production for 25 years. 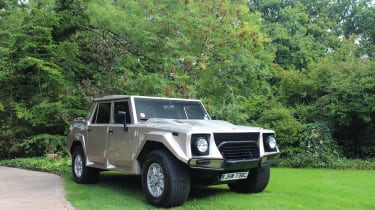 While Lamborghinis are known for their extreme nature, the LM002 is arguably the most outrageous car the company has ever produced. Originally intended as a military vehicle, the LM002 was too expensive for most Field Marshals’ budgets, so Lamborghini pushed ahead with a civilian version, fitting the car with its by-now-legendary V12 engine. The LM002 weighs over three tonnes, which goes some way to explaining why it’s one of the least efficient cars ever produced, officially returning around 11mpg. 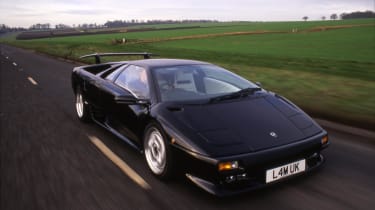 The theme set by the Miura and the Countach continued with the Diablo, which created an instant stir when it was revealed. Despite being fitted with an improved version of the same V12 engine found in its two predecessors, the Diablo was the first Lamborghini to top 200mph. VT versions came with four-wheel drive, a setup the company continued to turn to in later years. 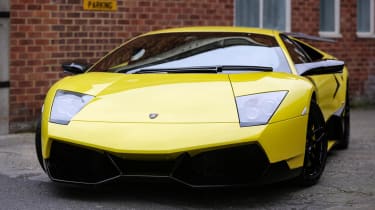 As the first Lamborghini produced under Volkswagen’s stewardship, the four-wheel-drive Murcielago was also the last to use the company’s original V12 engine. It was said to be easier to live with than previous Lamborghinis, despite being just four feet tall but a massive seven feet wide.

Lamborghinis cost thousands to insure and maintain, while the price of parts can provoke palpitations.

A set of tyres for the LM002 is said to be around £12,000, replacing the clutch on a Murcielago requires removing the engine, while the Diablo’s V12 engine has two computers that cost around £3,000 each to replace. In fairness, servicing plans and improved mechanical robustness mean maintaining a modern Lamborghini is no more expensive than the upkeep of comparable supercar.

You’ve reached the end of our analysis of Lamborghini. Click back arrow to read up on Ferrari.