My car won’t start: why, what you can do and troubleshooting 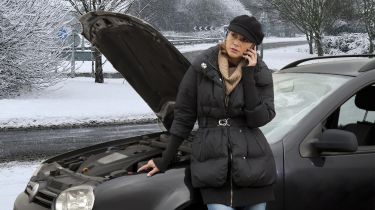 There’s never a good time for your car to refuse to start. It’s easy to take modern cars for granted and assume they’ll always work when we want them to, but occasionally they may not start. Our guide explains what might have gone wrong with your car, and whether you’ll be able to fix it without professional help.

Regular servicing and maintenance will help reduce the risk of your car not starting, but there are some factors that aren’t associated with servicing. There are a number of possible reasons why your car isn’t starting, which we’ll go through below.

The car may have a flat battery

Leaving a light on inside your car is easy to do, but it’ll soon drain the battery. A flat battery is one of the most common causes of a car not starting, but it should be easy to rectify. However, if you haven’t left any lights or electronics on, a flat battery could indicate that there’s a problem with the car’s electrics, or that the battery needs replacing. 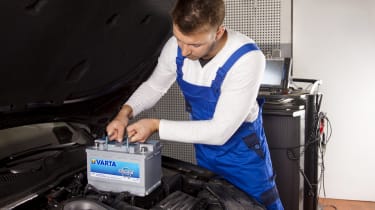 You’ll be able to tell that the problem is with the battery if you can’t turn the lights or radio on. If you’re definitely sure you didn’t leave any lights on, it could be time to replace the battery. For drivers of older or high-mileage cars, or if your car battery is repeatedly going flat, it might be worth getting a garage to check whether your alternator is working, as the alternator keeps the battery charged.

How to charge a flat battery

To charge a flat battery, you’ll need a set of jump leads and another car. Jump leads need to be connected to the battery of a car that’s running, and then its battery will charge the flat battery of the car it’s connected to. You can also use a power pack (essentially a big rechargeable battery) to give your battery enough charge - these are available from auto parts stores.

For cars with manual gearboxes, you can also try to push-start them; the movement can be enough to get the engine started. To push-start a car (also known as a bump-start), turn the key to the position that turns on the radio and unlocks the steering, but doesn’t turn on the engine. Put the car into second gear and keep your foot down on the clutch - then the car needs to be pushed. As the car is rolling, begin to raise the clutch and hopefully the engine will start.Read our extensive guide to charging a flat battery for more details, or check out our guide to changing your car’s battery.

If the key won’t turn in the ignition, it could be that the steering lock is engaged. This can happen if you turned the wheel as you were taking the key out, or if one of your wheels is against a kerb. Luckily, this is a very easy fix; gently turn the steering wheel from side to side, and keep trying to turn the key in the ignition. Don’t try and turn the key too hard, however, as you could snap it - and that’d make your day even worse.

If the steering lock still won’t release, it sometimes unlocks when the car moves. Provided you’re not on a steep incline and there are no obstacles immediately in front of the car, you can try taking the handbrake off and letting the car slowly roll forward a little.

Almost all new cars come with a low fuel warning light, but some are easily ignorable and some absent-minded driving could leave you with an empty car that won’t start. You’ll have to get a jerry can and get to and from the local filling station. If your fuel gauge is broken, you’re obviously more likely to run out of fuel, so it’s worth getting a garage to check it if you think yours isn’t working. 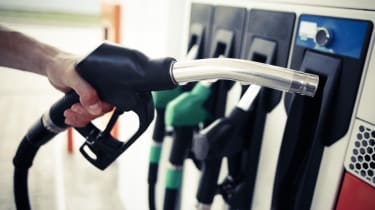 Mis-fuelling can also cause the car to break down. It might sound silly, but it’s surprisingly common, especially for drivers that regularly drive both petrol and diesel cars. Most mis-fuelling cases involve petrol being put into a diesel car - diesel nozzles are much bigger, so it’s hard to put diesel into a petrol engine.

It could also be due to a clogged or broken fuel filter. A fuel filter makes sure that only fuel is sent around the engine. Fuel filters should be changed every 15,000-20,000 miles, and they should be replaced as part of a major service.

The starter motor could be broken

A car refusing to start can be because of a fault with the starter motor. You’ll know it’s the starter motor at fault if you hear a loud clicking when you turn the key in the ignition. If this happens, the car will have to go to a garage for inspection, and will probably have to have a new motor fitted. 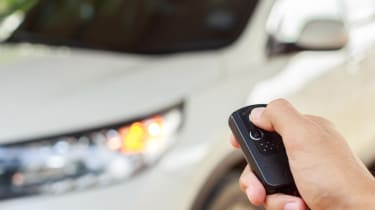 There may be a problem with the immobiliser, security system or key

Most modern cars come with security systems to try to prevent theft. However, you might find that the ignition system doesn’t recognise its own key. If this is the case, the battery is likely to be flat in the key fob. With a flat battery, your remote central locking won’t work either, so replace the battery then try again. Alternatively, if there’s a little bit of charge left in the battery, you can try holding it next to your ignition or start button while you turn the key or push the start button.

Next, try your spare key and, if that doesn’t work, you’ll have to reprogramme the main key. Your car’s handbook might tell you how to do that, or you can contact a garage for assistance.

You may have a flooded engine

A flooded engine means there’s too much fuel in the engine. It doesn’t tend to happen on modern cars, as most are fuel-injected so there’s always the correct amount of fuel going into the engine. A flooded engine can be caused by just moving it a few metres - moving it out of a garage or a few paces down the road to a parking space, for example.

To restart a flooded engine, press the accelerator down when you’re trying to start the car, but only for a few seconds at a time. After the engine comes back to life, you’ll need to leave it idling for a couple of minutes.

Read our advice guides for tips about buying, selling and running your car.