Car battery dead? Make sure you know how to jump-start a car safely with jump leads or push start your car

​After getting in our cars we expect to be on the move as soon as we’re ready. However, if the engine won’t start, it may be that the battery is flat or too low on charge.

A car not starting because of a flat battery is more likely to happen in winter when cold temperatures take their toll, or after a period of inactivity. The telltale signs of a flat battery are something many of us have experienced; an engine struggling to start, lights barely working or simply a clicking sound from under the bonnet.

If your car won’t start because of a flat battery, the potential next steps are to call your breakdown cover provider, make alternative travel arrangements or get help from a friend or neighbour. The latter will likely involve the use of jump leads to get your car started. Jump-starting your car is fairly straightforward once you know how, and our guide will give you the confidence to use it as a way to stop a flat battery from ruining your plans.

Jump-starting involves using power from another source to start the engine of a car with a flat battery. It can be done using the battery from another vehicle or a portable power pack. It’s more common to see people doing this in winter, as colder temperatures can affect car batteries.

If jump-starting your car becomes a regular occurrence, even after short spells of the car sitting stationary, then it probably needs a new battery. A local garage should be able to test your car battery and recommend whether it needs replacing. If a new or proven battery is draining too quickly, it could be because of a fault with the car’s electrical system, which would need to be diagnosed by a garage. Read our guide to testing a car battery here.

What are jump leads?

Besides another car, a set of jump leads is all the equipment you need to jump start a car. They’re fairly cheap from supermarkets or parts shops, and are essentially a pair of cables with large crocodile clips at each end. The cables are quite thick to handle the high currents that car batteries supply.

The cables and the crocodile-clip handles are covered in plastic or rubber to avoid giving you an electric shock. The only exposed metal you should see are the teeth of the clips that spring shut tightly to ensure a solid grip on the battery terminals. 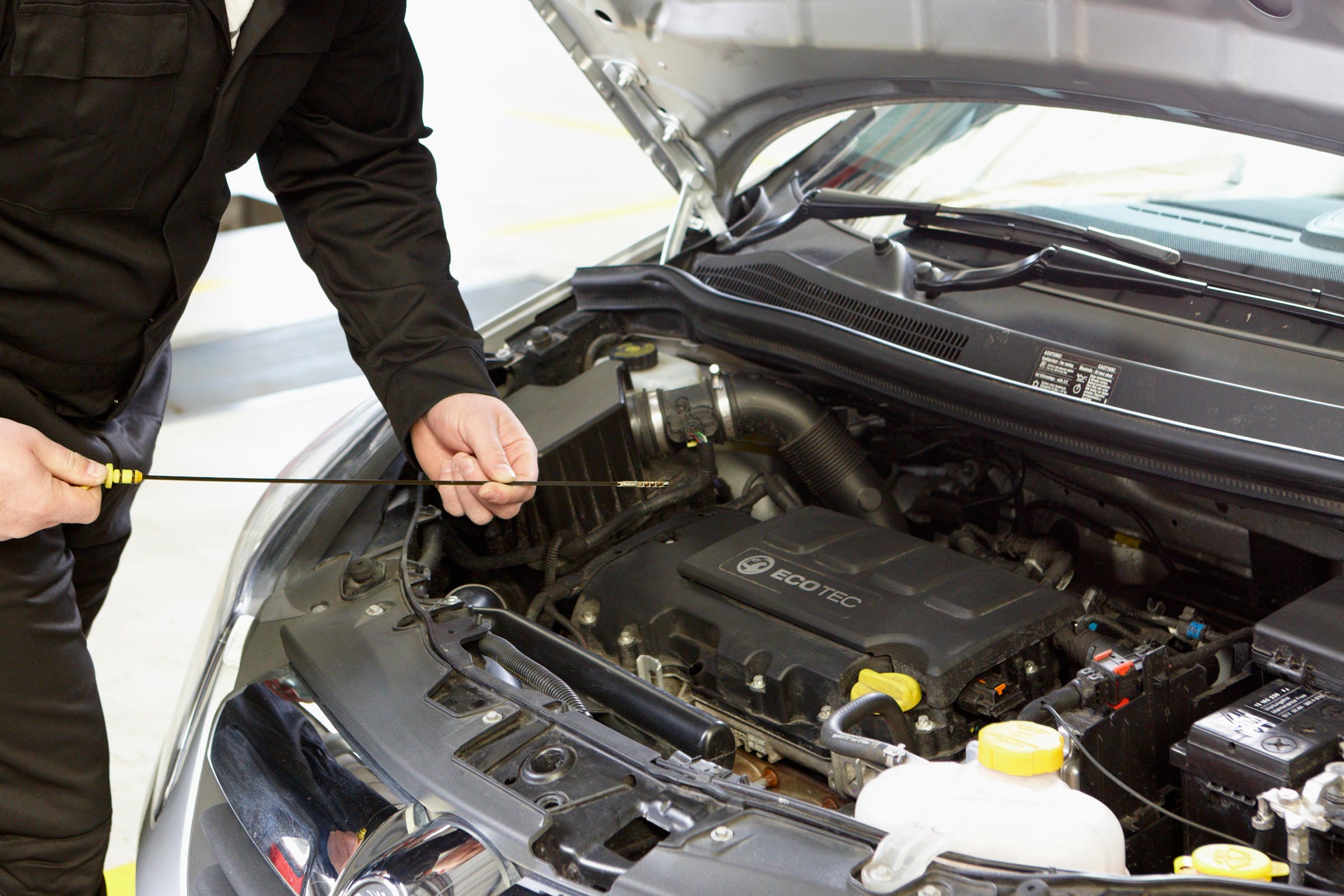 How to jump-start a car with jump leads

Using jump leads can be daunting, but following a set procedure and using well made jump leads will ensure your safety and that no damage is caused to either vehicle. You can easily jump-start a car on your own if you have the keys to both vehicles, while a power pack is your best option if you haven’t got another car that can help.

Check the position of the battery in both cars. While usually found under the bonnet, in some cars it can be found under the rear seats or in the boot. If you’re unsure, check the owner’s manual. Carefully position the vehicle with the working battery close to the stricken car so both batteries are in close proximity.

With both vehicles fully switched off and the keys out of the ignition, remove or open any covers shielding the battery, including those covering the battery terminals. Do not remove any leads connected to the battery. 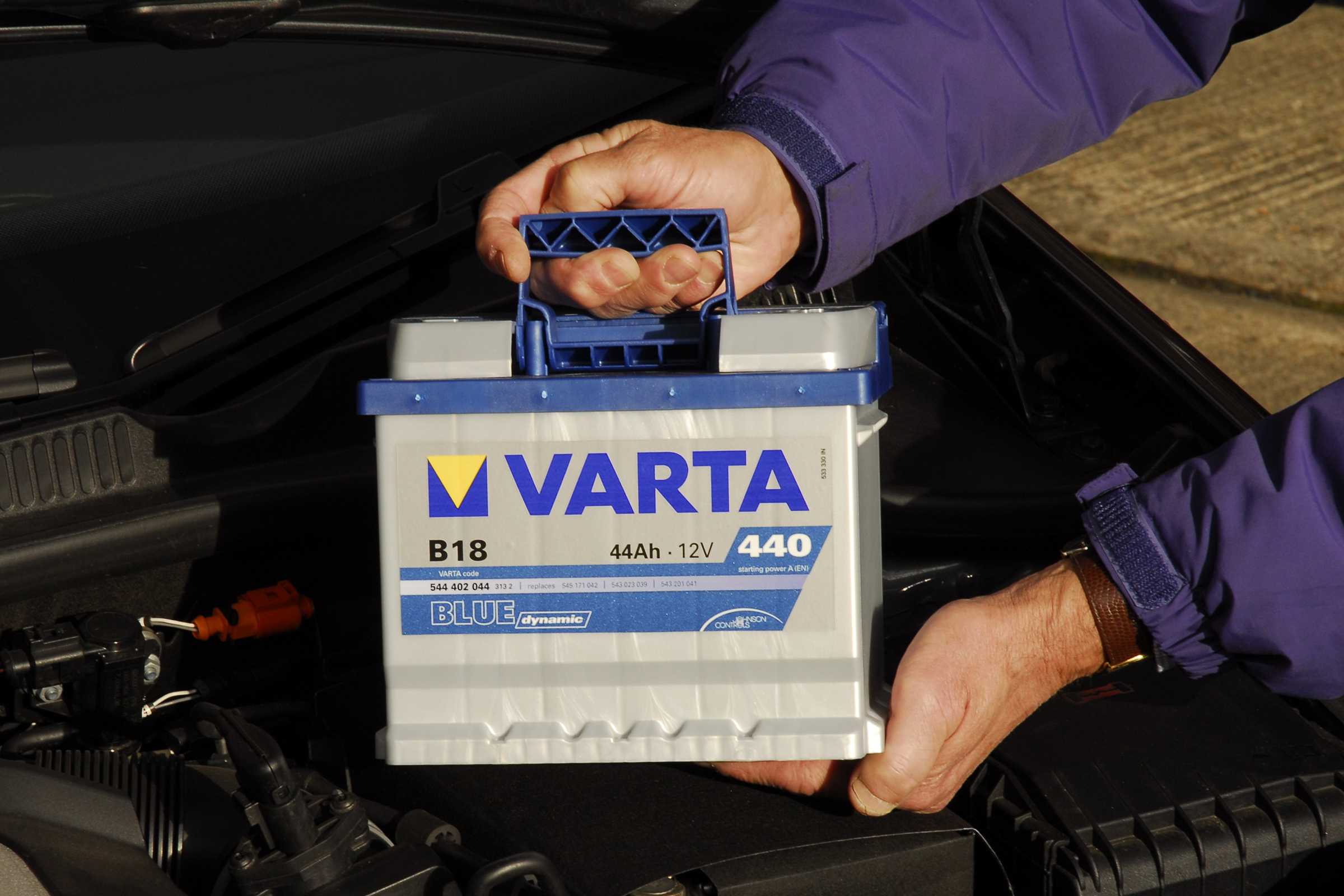 Ensure you aren’t wearing any loose clothing or jewellery and tie back long hair whenever working near moving parts including those in the engine bay.

Examine the jump leads to ensure they’re free from damage and check both batteries are in good condition and don’t have any leaks. If after a visual inspection you see damage or leaks from a battery you should call your breakdown provider as it may be unsafe to attempt a jump start.

Attach the red lead to the positive terminal on the working battery. This will have a red marker around it, or a ‘+’ symbol.

Connect the other end of the red lead to the positive terminal on the dead battery. Then attach the black lead to the negative terminal on the working battery. The other end should be connected to an ‘earthing point’ on the car with the dead battery. Check your handbook to find a suitable ‘earth’, but if you don’t have one, a solid metal component under the bonnet – such as a bare metal bolt – should be fine. You should ensure your chosen earthing point is away from the battery and fuel system.

You’re nearly ready to go, but don’t start the car yet, as you should let the battery voltages equalise.

If it starts, let the engine run for a few minutes while the battery is topped up. Stop it too soon and you’ll probably have to jump-start it again.

Once the engine is running, disconnect the leads in the following order, taking care not to touch the crocodile clips as you do:

How to push-start a car

With the help of a couple of people, it’s possible to start a car with a manual gearbox by pushing it along the road – a process sometimes referred to as 'bump-starting'. In this section we’ll explain how to push or bump-start a car.

First, position the car so you have a clear run and check for traffic or other road users.

The information above relates to starting a car with a manual gearbox. Because you can’t manually operate the clutch in an automatic, you can’t push-start an automatic car.

How to jump-start a car with a portable power pack

Portable power packs can be used to provide energy to a dead battery and can be stored at home. Similar to jump leads, it will have two crocodile clips to connect to your car battery but instead of connecting to another vehicle it is able to provide the power needed to start a car. This makes it a good solution if you don’t have easy access to a second vehicle. Before attempting to use a power pack, check it has enough charge. Most will have an indicator to show whether they are ready to use. Keep an eye on the charge level to make sure it is topped up. If a power pack indicator shows below the minimum level needed to work it is unlikely to be able to start your car.

When it’s time to use it, stand it close to the dead battery in your car, which might be in the engine bay, in the boot or under the back seats. Don’t rest it on the engine, as you need it to be stable so it can’t fall over.

Start the engine and then disconnect the power pack (the black negative lead first, then the red positive lead). Allow the engine to run for a few minutes to charge up the battery. If you turn it off, you may have to repeat the procedure.

If you find that your car is frequently struggling to start because of the battery, it is worth speaking to a mechanic and finding out if there is an underlying problem.