What is biofuel? What are the advantages and disadvantages?

Confused by biofuel and the forthcoming E10 petrol? Our guide explains all 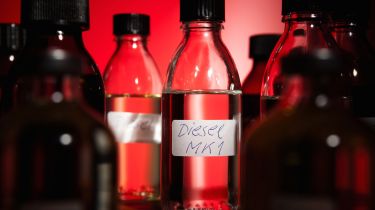 Biofuel is an alternative fuel to petrol and diesel, and may become more popular in the next few years as customers and manufacturers look to reduce the amount of carbon dioxide emitted by their cars. Biofuel is popular in North and South America and Scandinavia, but won’t be available in the UK in large quantities until at least 2021, when E10 petrol is introduced.

For now, biofuel is often combined with petrol or diesel. Biofuel helps to reduce emissions and increase the power produced by conventional engines but the technology isn’t quite at the stage to satisfy global demand.

Biofuel is made from either plants or natural/animal waste. Plants were specifically grown to create biofuels, which took up lots of energy and space, whereas biofuel producers are now turning to waste products that don’t have many other uses. Plant-based biomass tends to be used primarily for heating, while waste-based biomass is often liquid and can be usable in vehicles. 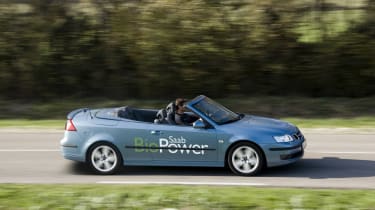 You’ll sometimes hear about bioethanol or biodiesel, which are the two main types of biofuel. Ethanol - the alcohol that’s in drinks - can be blended with petrol, but it’s not recommended to use it on its own, whereas biodiesel can fuel diesel engines, normally without any modification. Biodiesel can also be blended with conventional diesel.

How to make biofuel

Ethanol is made in a similar way to alcoholic drinks: chemical reactions, fermentation and heat are required to turn the starches and sugars from plants or natural waste into alcohol. It’s then refined to make it suitable for use in vehicles. Biodiesel is produced slightly differently, in that you’d need to combine an alcohol with vegetable oil or animal fat. A wide range of oils can be used, from rapeseed to coconut.

Blending petrol or diesel with biofuels can have noticeable advantages. Although biofuels aren’t as efficient or powerful on their own, when they’re blended with conventional fuels they can improve performance and fuel economy. Some biofuels are derived from plants, which will have reduced the amount of carbon dioxide in the air. However, the benefit might not be as high as you might think, considering the fertilisation, transportation and manufacturing costs that have gone into the process.

Another advantage of biofuel is, in many cases, a lower cost. Ethanol tends to be cheaper than petrol, so blending the two successfully could be cheaper. Biofuel is renewable, too, as creating more simply requires more plants grown or more natural waste. Oil supplies - and therefore petrol and diesel - will eventually run out, pushing up prices in the future. Biofuel should remain cheap as it’s easier to produce and plentiful.

Biofuels can also be produced locally, leading to an increase in jobs and a reduction in transportation emissions.

No fuel is perfect, and there are some biofuel disadvantages - especially if plants are grown specifically. Biofuel production is currently equivalent to just a tiny fraction of global energy demand, which means a huge amount of land, water and fertiliser is needed. The land used for biofuel production could also be used for crops and food production, while the oils needed may come from rainforests and other endangered habitats.

If you’re planning to use biofuel for cars or goods vehicles, make sure the biofuel is good quality. Poor fuel can lead to a lot of problems, including engine blockages and corrosion. In colder weather, biofuel can sometimes become waxy.

Biofuels aren’t quite developed for mainstream use yet, so hybrids, plug-in hybrids and electric cars are likely to be the best choice if you want to cut your emissions and fuel costs. However, as they can be mixed with petrol or diesel, biofuels may be an option to slightly reduce your emissions in the short term - as long as you make sure they’re safe for your engine.

In the March 2020 budget, the UK Government announced plans to introduce E10 petrol in 2021, effectively replacing standard grade E5 petrol. E10 contains 10% bio-ethanol and is said to reduce CO2 emissions by 2%. According to the Department for Transport, replacing E5 with E10 petrol will have the same effect as removing 350,000 cars from UK roads.

The downside to the introduction of E10 petrol is that around one million petrol cars won’t be approved to use it. Cars built prior to 2011 could be damaged by the fuel because of the higher bioethanol content, which can leave deposits in older engines and cause blockages in fuel systems. Owners of older vehicles will be advised to fuel them with super unleaded petrol instead, which, at the moment, is more expensive than standard unleaded.

The move from E5 to E10 unleaded petrol is part of the government’s strategy to reduce greenhouse gas emissions to net zero by 2050. The government has also announced plans to end the sale of new petrol, hybrid and diesel cars by 2035.

Read our guide to petrol vs. diesel to see which is the best option for you.