Only new electric and hydrogen-powered cars are free from annual road tax today, but a range of used cars and classic cars are also exempt.

Car ownership isn’t cheap. Once you’ve paid for the car, you need to factor in insurance prices, VED (road tax), fuel bills and annual maintenance costs, such as servicing and MoTs.

Thanks to cleaner engines and hybrid technology, motorists can cover more miles for their money these days. Another area in which drivers can save money is by buying a new, used or classic car that’s VED exempt.

Under the new road-tax system, only fully electric and hydrogen fuel-cell cars are exempt from VED. For more information on those, check out our guides to the best electric cars and cheapest electric cars. 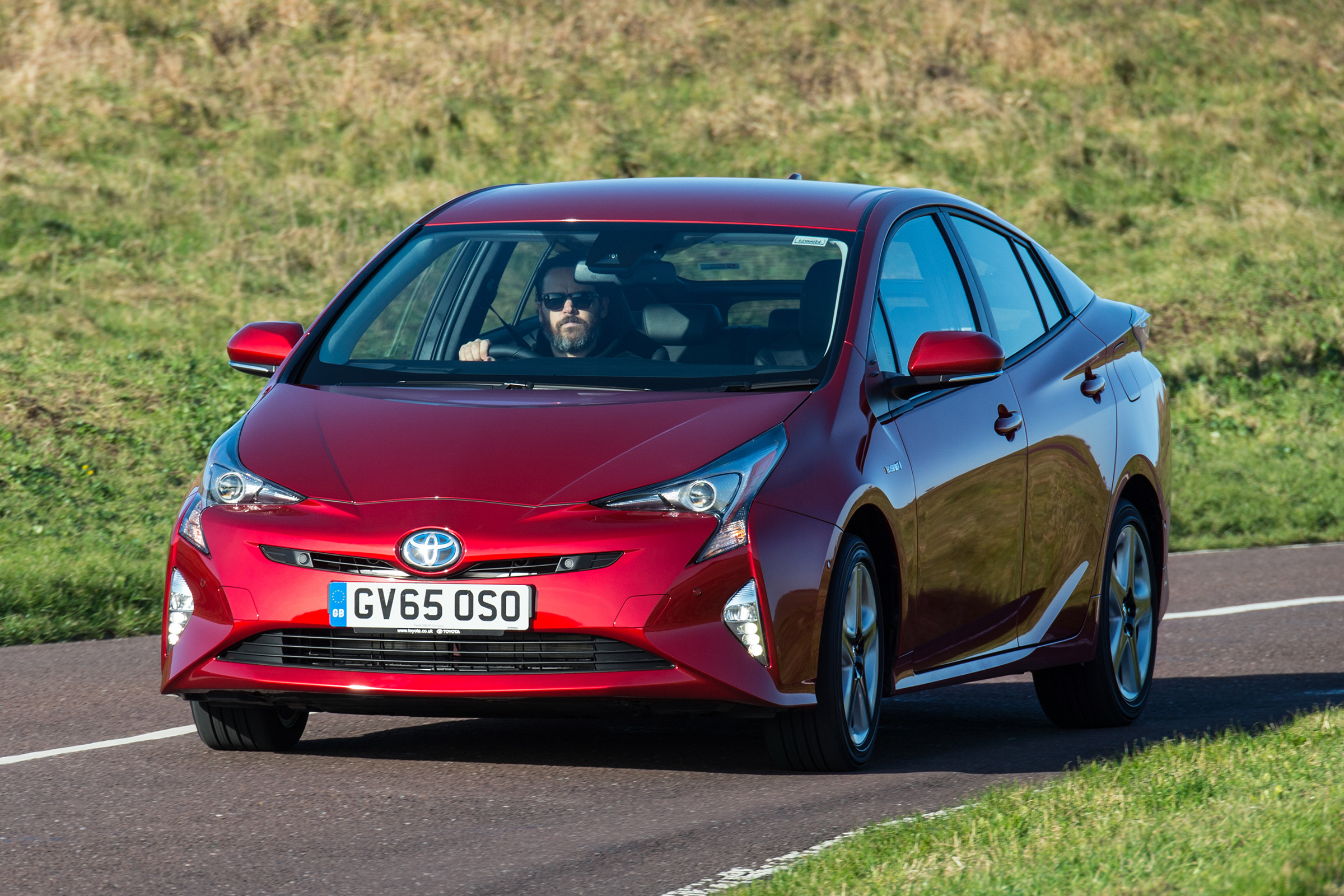 First-year rates vary for both petrol and diesel cars and are usually rolled into the on-the-road price of the car but, from the second year onwards, most cars are liable for a flat fee.

Owners of hybrids (including plug-in hybrid and mild-hybrid cars) no longer escape road tax, instead paying a slightly discounted rate after the first year. If your car has a list price of over £40,000 (including any options and before any discounts), you’ll pay an extra surcharge for the first five years for all petrol, diesel and hybrid models. Only zero-emission cars are exempt.

It might be inspired by the original Hyundai Pony (of which earlier models are now road-tax-exempt, too), but the Hyundai Ioniq 5 looks more futuristic than pretty much anything on the road. The tech is next-generation as well, with the Ioniq 5 capable of rapid charging, as well as recharging appliances or even other cars via its vehicle-to-load (V2L) technology.

A maximum range of 298 miles and a five-year warranty give peace of mind to Ioniq 5 drivers. Also check out the Kia EV6; it has slightly different styling but the same powertrain and impressive technology.

The Volkswagen ID.3 is a Golf for the electric age, with a more cutting-edge feel and much more space than its petrol counterpart. Inside, you’ll find as much rear-seat room as you’d get in a Volkswagen Passat. Some of the infotainment technology isn’t as useful as it could be, but there is plenty of it.

Most models get a 260-mile range, but pick the Tour version and that rises to over 330 miles between charges. Pro Performance versions nearly match a Volkswagen Golf GTI for pace, and are much more refined. The Volkswagen ID.3 is attainable, with prices similar to a high-spec Golf – not to mention cheap lease prices.

The Tesla Model 3 has brought Tesla’s qualities to the masses. As a rival to the BMW 3 Series, the Model 3 is a great choice for private and company-car drivers. It has a futuristic interior with little more than a touchscreen to look at. The running costs are low and the Tesla can manage over 350 miles on a charge, while also offering incredible straight-line speed.

That’s especially true of the eponymous Performance model, with its supercar-beating 3.2-second 0-62mph time. The Model 3 is the electric car that others need to beat.

It may be expensive, but the Porsche Taycan wears its price well. It’s a proper Porsche sports car that can seat four people, and features the very latest powertrain and recharging technology. At a cruise it can achieve between 250 and 300 miles, depending on the battery you choose. Or, if the mood takes you, the Porsche can whisk you from 0-62mph in as little as 2.8 seconds.

The Taycan feels like a Porsche sports car, even with its heavy batteries, and instantly makes the Porsche Panamera feel a little old fashioned. The Taycan can be bought with the head and the heart, because it costs the same as a Panamera but costs considerably less to run. Even the top-spec Turbo S is road tax-free, while a full charge should cost much less than a tank of petrol. Electric cars are good for business users with very low Benefit-in-Kind tax, and that includes the Taycan.

The Toyota Mirai is also exempt from road tax, but it’s not electric. It’s one of the few cars on sale that runs on hydrogen, which has benefits and drawbacks compared to battery-electric cars.

Filling a hydrogen car is much like filling up a petrol car - it takes a similarly short amount of time and a full tank gives you a range of about 400 miles. The only emission is water vapour. But there are only a handful of hydrogen filling stations across the UK, so you’ll need to live near one for it to be even somewhat viable. It’ll cost roughly the same as a powerful petrol car to refuel.

Much like hydrogen itself, the Mirai has positives and negatives. It’s quiet, comfortable and kitted out with the latest technology, but the rear seats and boot aren’t as big as you’d expect for the size of the car.

Before April 2017, you could buy selected new petrol and diesel cars and not have to pay VED. Previously, the amount you paid was based on your car’s carbon dioxide emissions, so the cars producing the most CO2 incurred the highest tax bills for their owners. Cars that officially emitted less than 100g/km were exempt from VED. It’s worth remembering that cars of this age were subjected to the NEDC emissions test cycle, which produced fuel economy figures that are incredibly difficult to achieve in the real world.

The Vauxhall Astra is one of the family hatchbacks worth considering. Vauxhall pulled out all the stops for this model, making it better to drive and more interesting to look at than before. An impressive weight reduction meant strong fuel economy and low CO2 emissions were significantly easier to achieve.

Unlike some of the cars on this list, you can even have a road-tax-exempt pre-April 2017 petrol Astra, while several diesel models achieve sub-100g/km CO2 emissions too.

The Skoda Octavia hatchback and its estate sibling frequently feature in our top 10 lists because they’re such competent, good-value cars. The Octavia Estate gets the nod here, partly thanks to the fact that its vast 610-litre boot doesn’t affect emissions or economy at all compared to the hatchback. The Octavia Estate also has an incredibly spacious interior and isn’t half bad to drive, either.

Those seeking to escape road tax should look at either the 104bhp 1.6-litre diesel engine or the 108bhp GreenLine model – also a diesel, as these emit 99 and 90g/km of CO2 respectively, making them tax-free if registered by the end of March 2017.

The BMW 3 Series has a touch more driver involvement than its nearest rivals, and is also impressively frugal in some guises. The petrol-electric BMW 330e is quick (0-62mph takes just 6.1 seconds) while its claimed 148.7mpg is certainly decent - and could be achievable if you regularly recharge. Again, there’s no road tax for cars registered on or before 31 March 2017 and no London Congestion Charge, making a used 330e a sound financial proposition.

Despite its petrol-electric hybrid setup and impressive claimed economy, the 330e remains every inch a BMW 3 Series, so is a hoot to drive. Note the addition of a hybrid battery pack means the 330e’s boot is about 20% smaller than the standard saloon.

The petrol Skoda Citigo is – like the mechanically identical SEAT Mii and Volkswagen up! – an inexpensive, small city car that feels more grown-up and spacious than its size (and price) would suggest. Keep an eye out for models with the GreenTech package, as this enables the Citigo to escape road tax whether you choose the 59 or 74bhp version of the 1.0-litre petrol engine, as long as they were first registered under the old system.

Avoid the sparsely equipped S model and spend the extra on an SE, as this comes with air-conditioning, electric front windows and remote central locking – small extras, but ones you’re likely to appreciate. The Skoda Citigo became electric-only in its later years, with a range of over 160 miles. As a result, it’s gone full circle; Skoda’s smallest car is once again free to tax if you choose the Citigo-e iV.

To find a Fiesta that’s exempt from road tax, you’ll have to choose the previous generation model as our Car of the Year 2019 came into dealerships after the VED rates changed. However, you’ll still be getting a brilliant car - they’re great to drive, most versions are well-equipped and it’s backed up by Ford’s vast servicing network and affordable parts. Choose the 1.5 TDCi diesel engine and you’ll scrape under the 100g/km threshold.

Another way to escape paying road tax is to choose a classic car that has reached ‘historic’ status. Once a car becomes 40 years old, it’s free to tax, congestion charge-exempt and MoT-exempt, although you do need to keep the car in a roadworthy condition. Below, we’ve selected a few 1982 cars that will become road tax-exempt this year.

You could choose from a number of Ford Escorts and Cortinas that are now tax-exempt, but the Ford Capri is the one that adorned many bedroom walls in the early 1980s. Envisaged as Europe’s Mustang, it’s a little more exotic and eye-catching than the Escort, especially if you pick a Mk3 model with the twin headlamps. Many have succumbed to rust or the Capri’s infamous reliability issues, so prices are rising quickly for the survivors.

There are few more stylish ways to travel than in a 1982 Mercedes SL – and from 2022 you won’t need to pay any road tax. Its classic lines are instantly recognisable, and you’ll feel like a movie star behind the wheel. There are quite a few available for sale, with some in great condition, and you only need to commit the price of a new family hatchback to buy one.

If you need something more spacious than an SL, a W123-series Mercedes should fit the bill perfectly. For a Mercedes of this vintage, high-mileage is no problem at all; the W123 saloon was often used as a taxi in Germany for its ability to rack up hundreds of thousands of miles with only minor maintenance. It’s luxurious, too, with a full leather interior on most versions. Prices aren’t too high, either, unless you want a fully restored one.

The original Mini is perhaps the iconic car of the 20th Century, and pre-1982 examples are now road tax-exempt. There are plenty to choose from in various states of repair, but a top-condition Mk1 or Mk2 Mini now commands a high price. It’s no longer the machine for the masses that Sir Alec Issigonis intended, although Spanish-built Authi and Italian Innocenti versions tend to be cheaper if you can find them. That’s also the case with the Traveller estate, the Mini van and Clubman versions with the square front end.

If you’re drawn to the off-road appeal of the classic Land Rover, a Series III is now free from road tax. There are County, station wagon, soft top and pickup models available, and all share the go-anywhere capability that Land Rover still trades on today. Make sure to check the car’s welding if you want to avoid big repair bills in the near future.