What is traction control?

There’s a good chance your car has traction control but what is it and what does it do? 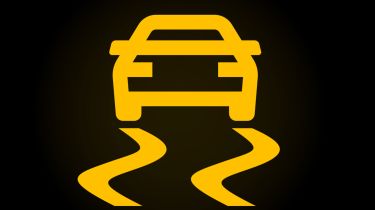 If the car you drive was built in the last decade, it will almost certainly have some form of traction control system. But what is it, and how does it work, how should you use it?

In its simplest terms, traction control is an electronic device which stops or limits the amount of slip on a car’s driven wheels. While burnouts and wheelspin might look dramatic and fun on TV car chases or stunt shows, they’re not something you want to experience out on the road. A spinning wheel isn’t able to grip and can cause a loss of control, especially in slippery conditions, leading you to ‘spin out’ on a bend in a rear wheel drive car or loose steering control on a front wheel drive model.

• Safest cars you can buy

As a result, car makers have been fitting traction control to cars for more than 40 years. In the past decade it has become a compulsory feature (along with the more sophisticated Electronic Stability Control) on all mainstream production cars sold in the UK. 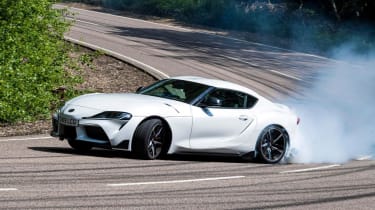 What does it do and how does it work?

Traction control works by using wheel sensors (the same ones which detect a locked wheel for ABS anti-lock braking systems) to identify when one wheel is spinning significantly more than the other driven wheels.

The car’s electronic control system will then take action to stop the wheel turning; the way it does this depends on how sophisticated and modern the car’s traction control system is.

First, the car’s on-board computer will cut the engine’s power slightly, which might make it feel as those there is a misfire. It has just the same effect as the driver taking their foot off the accelerator, but the electronics can react far faster than even the best driver – which is why traction control was banned from Formula 1!

Modern cars which also have Electronic Stability Control (ESP or ESC) will additionally apply the brake slightly to the spinning wheel. This will stop it turning and transfer power to the wheel (or wheels, on a four-wheel-drive) which still has grip.

What should I do if I see the traction control warning light?

A modern traction control system will work so quickly and seamlessly that you will not even notice it, except for the flashing warning light on the instrument panel and a momentary loss of power.

Unless you are driving really quickly and being harsh with the controls, a traction control activation is a warning that the road is slippery, so you should take extra care. It could be because of snow and ice, oil on the road, or a loose surface. If you are seeing the light often when it is wet, it could be a sign that your tyres are past their best and need replacing.

If the warning light stays on permanently, it means something is broken or the system is confused by the data it has received from the wheels. Like any computer, it may reset when the engine is turned off and on. If the system doesn’t work properly it will be an MoT failure, so get it fixed as soon as possible.

If traction control is so good, why is there a switch to turn it off?

There are some situations where traction control might not be desirable, such as when you are stuck in snow or mud. If all of the driven wheels have lost grip and are spinning, the system could kill the engine’s power and mean you’ll never go anywhere. In these situations, it might be better to turn the traction control off and let the wheels spin and use the grip available. Many modern 4x4s have special off road modes which allow for mud and snow, adapting the traction control’s response accordingly to allow some slip. 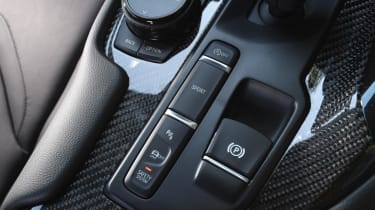 Not all cars have a switch, but look for a button marked ‘TSC’, ‘ESP’ or ‘ASR’ (from the German phrase for traction control, Antriebsschlupfregelung). On newer cars the option to turn it off may be hidden in an on-screen menu or form part of a special ‘race‘ mode.

If you want to know more about anti-lock brakes (ABS) or Electronic Stability Control (ESP), read our in-depth guides.