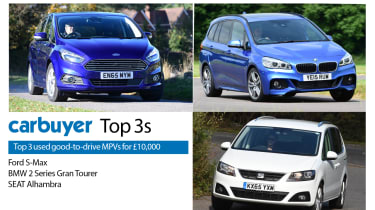 The 1980s saw the introduction of the multi-purpose vehicle (MPV), or people-carrier as it’s also known. It offered a practical alternative to the saloon and estate models of the era, with the likes of the Ford Galaxy and Renault Espace proving a hit with family buyers.

Despite being something of a niche choice in 2020 due to the rise in prominence of the SUV, the MPV remains a good option for those with a family. Several manufacturers have continued to offer one in their respective ranges, with models such as the Citroen Grand C4 SpaceTourer and Ford Tourneo Connect offering buyers a huge amount of practicality for their money.

Most MPVs are based on the same platforms as saloon, hatchback or estate models, meaning they are very similar to drive. The engines and gearboxes available will also be shared with other models, giving you a decent selection to choose from. Most will be fuel-efficient and are likely to cost the same to run as their counterparts.

MPVs will also be relatively well-equipped, with kit such as air conditioning, sat nav and rear parking sensors. Practicality is important too, with most MPVs featuring lots of headroom, plenty of interior and luggage space, and clever cubbies and storage spaces dotted around the cabin.

We’ve been asked by a reader to recommend an MPV that’s good to drive. All of our choices are available for their £10,000 budget, with all offering copious amounts of interior space and a decent amount of standard equipment. 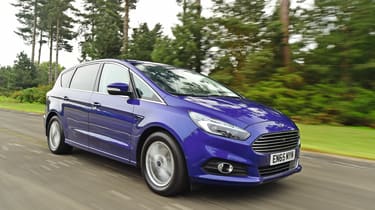 Ford pioneered the practical yet fun-to-drive MPV with the original S-MAX, and its successor followed the same formula, but with a more comfortable suspension set-up. It’s a grown-up package, combining the driving experience of a plush saloon with seven-seat practicality.

Your budget will just about get you into the driver’s seat of a second-generation S-MAX. The cheapest example we spotted was a 2016 Zetec model with 90,000 miles on the clock, that was on sale for £9,790. 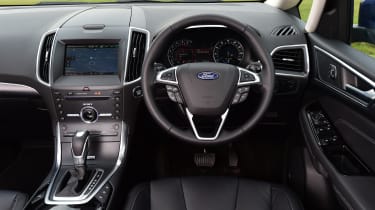 Inside, the S-MAX occupies the middle ground between the SEAT and BMW. Its dashboard is smarter than the SEAT’s, while the range-topping Vignale model brings heated leather seats, although the BMW remains a far nicer car to be in.

While the Mk2 S-MAX certainly feels smaller to drive than its dimensions would suggest, it isn’t as sharp as the 2 Series GT, although it feels less boxy and people-carrier-like than the Alhambra. The Ford triumphs as a long-distance cruiser, too, with soft suspension and a well insulated cabin. 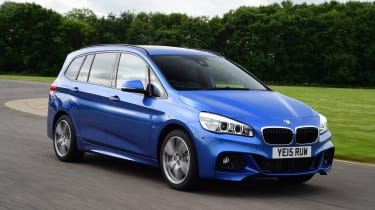 The 2 Series Gran Tourer was designed to be a practical family car, but with the added appeal of BMW’s handling know-how. To achieve this, the brand loaded it with equipment and based it on the same sharp-handling front-wheel-drive platform as the MINI hatchback.

The GT is the most expensive model here, but £10,000 gets you behind the wheel of a 2015 model with 80,000 miles. If you’re happy with five seats, the smaller but mechanically similar Active Tourer offers greater value. 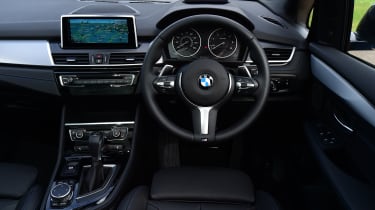 As you would expect, the BMW’s cabin is the best-appointed. Upper mid-range models come with leather upholstery, air-con, a multifunction steering wheel, parking sensors, sat-nav and the German brand’s excellent iDrive infotainment system.

While the BMW may be the most expensive model here, it’s also the most car-like to drive, with well weighted steering and peppy engines lifted from MINI. There’s also an M Sport trim, which adds lowered suspension and larger alloy wheels, but check you’re happy with the firmer ride this brings. 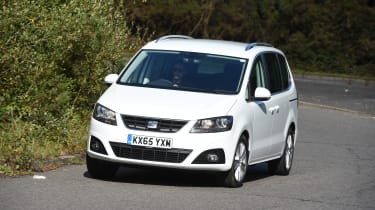 THE Alhambra isn’t as fun to drive as the S-MAX or the 2 Series Gran Tourer, but it’s still engaging and practical enough to warrant a mention. The steering is positive, while the 182bhp 2.0-litre four-cylinder diesel engine offers a good blend of economy and performance. 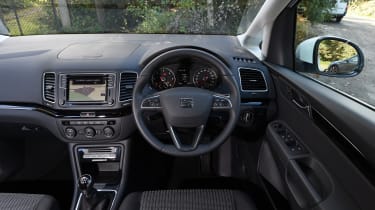 The spanish model’s interior is functional and practical, if a little uninspired. The cabin plastics are durable enough for family life, and even the base S-spec model comes with a 6.5-inch infotainment system, plus air-conditioning and alloy wheels.

It’s larger than the Ford and the BMW, and the SEAT produces more body roll through corners. Go for the more powerful 2.0-litre diesel engine and you’ll get an electronically controlled limited-slip diff, giving an extra dash of handling capability that’s pleasingly at odds with the Alhambra’s practical nature.