"The Ford Tourneo Connect offers far more space than a regular MPV or SUV, yet is several thousand pounds cheaper"

It won’t win any design or coolness awards, but the Ford Tourneo Connect is well worth a look if you regularly carry lots of people or luggage. While traditional MPVs like the SEAT Alhambra and Renault Scenic have been replaced by SUVs as the wheels of choice for families, van-based MPVs have survived.

Given their commercial vehicle origins, the sheer amount of space on offer isn’t surprising. But they’re usually good value, too. The Tourneo Connect brings more space than the Ford S-MAX and Ford Galaxy MPVs but, in entry-level spec, costs a huge amount less.

Although it can’t disguise its similarity with the Transit Connect van, it does at least drive reasonably well. It’s based on the previous Ford Focus, so it feels remarkably civilised to drive – far more so than van-based MPVs ever did in the past. 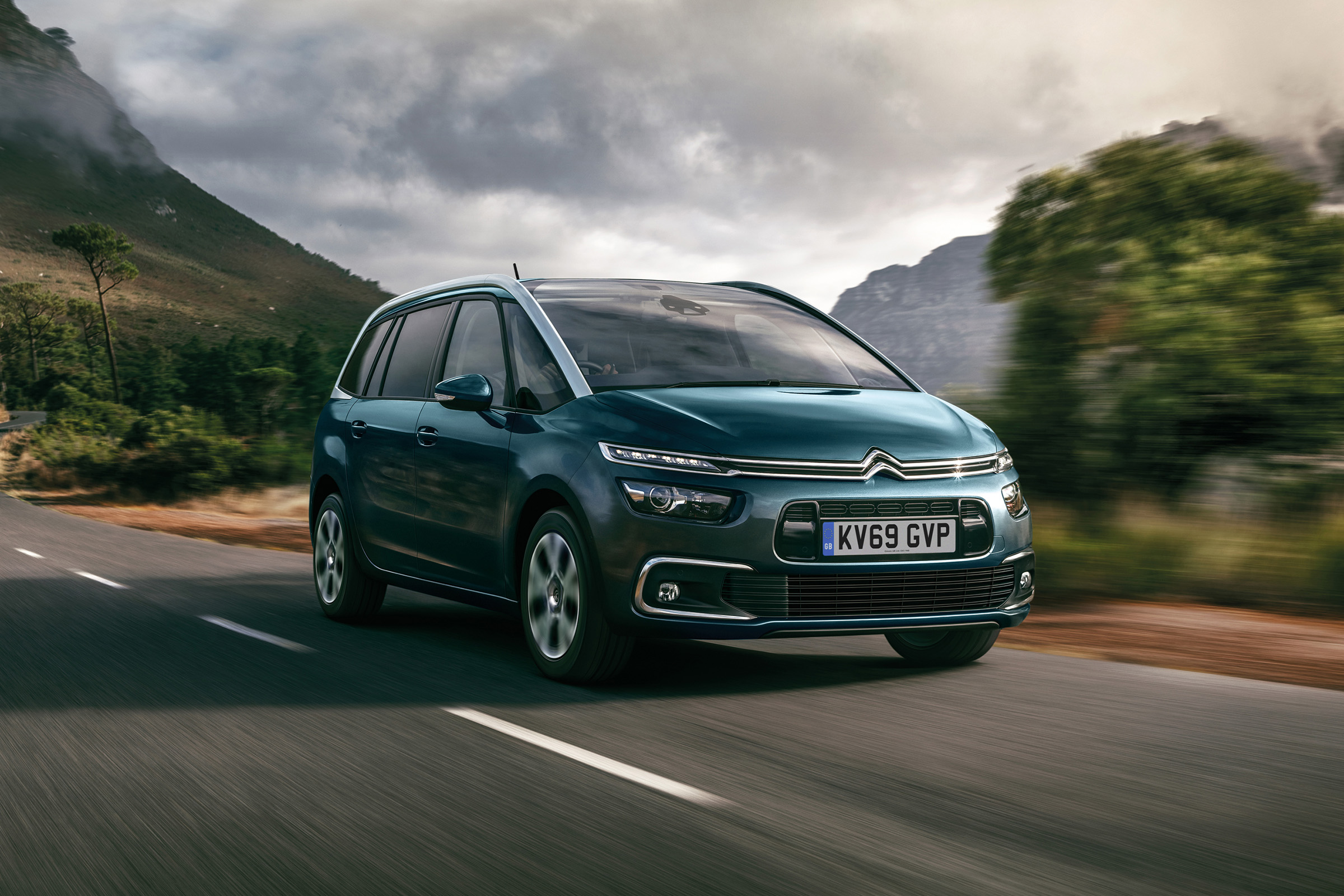 The Tourneo Connect range now consists of Zetec (soon to be Trend), Titanium and a new Active trim level that looks more rugged. The Tourneo Connect is now more expensive than before but you do get a reasonable amount of standard equipment. It’s a shame parking sensors aren’t fitted on every model, and that a touchscreen only makes the kit list on top-spec Active.

If space is a priority, Ford offers the Grand Tourneo Connect, which thanks to an extra 40cm of length can be had with either a bigger boot or an extra pair of seats.

The Tourneo Connect is now only available with a 1.5-litre EcoBlue diesel engine. The diesel is available with either 99 or 118bhp, and both offer a six-speed manual gearbox or Ford’s eight-speed Powershift automatic transmission. A 99bhp 1.0-litre Ecoboost petrol engine was previously available, and you might want to look at a nearly new example if you’re mainly going to be doing short journeys around town. Meanwhile, the Peugeot Rifter, Citroen Berlingo and Vauxhall Combo Life - three of the Tourneo’s biggest rivals - now come with fully electric powertrains.

Fuel economy for manual models is good, especially given the Tourneo Connect’s bulky stance. The 99bhp diesel manages a consumption figure of 49.6mpg, while the 118bhp engine is actually a little more economical at 51.4mpg. Because they’re heavier, the Grand Tourneo Connect models manage 47.1 and 48.7mpg respectively. The automatic models cost more to buy in the first place, and are roughly 5mpg less economical on the respective engines.

The Tourneo Connect and Grand Tourneo Connect are a little more expensive than the equivalent Citroen Berlingo and Fiat Doblo, but in reality it’s a price worth paying for an improved product. It should be noted that the Ford costs almost as much as the Volkswagen Caddy, which has better quality materials inside.

A new version of the Ford Tourneo Connect has been revealed, and will go on sale in early 2022. It shares a lot of parts with the Volkswagen Caddy. A more up-to-date dashboard will lift the Tourneo's cabin, while an all-wheel-drive version will be available for the first time.

The Ford Tourneo Connect is fractionally more expensive than rivals, but cheaper to run

Ford makes a compelling case for the Connect models with their running costs. The most frugal diesel engine offers slightly better economy than the cheaper Citroen Berlingo, but in reality you’re unlikely to notice the difference.

Predictably, the diesels are the best performers - and they’re now the only engines you can buy in a brand-new Tourneo Connect. The most economical engine is the 118bhp version of the 1.5-litre EcoBlue diesel which, when paired with a six-speed manual gearbox and stop-start, can achieve a claimed average of 51.4mpg in mixed driving.

The 99bhp diesel achieves almost 50mpg, while picking an automatic gearbox sees fuel consumption increase to 45.6mpg, or 44.1mpg for the 118bhp engine. As you might expect, the bigger Grand Tourneo Connect is a little less economical again, but the 118bhp engine with a manual gearbox still returns 48.7mpg.

Ford’s excellent 1.0-litre EcoBoost engine was available until recently and performs well in what is quite a large car but the fractionally lower purchase cost can’t quite compensate for the lower running costs of the diesels; it manages almost 40mpg with a six-speed gearbox and its standard start-stop system. It’d be worth considering the petrol model if you only plan to cover low mileages or do most of your driving around town, however. Ford has introduced a plug-in hybrid Transit Custom van and has announced an electric full-size Transit, but there’s no word on electrification for the Connect just yet.

The Tourneo Connect makes the most rational sense when fitted with one of its diesel engine options. These are both 1.5-litre EcoBlue engines, with an option of 99bhp or 118bhp power outputs.

Performance isn’t exactly swift, but you won’t find any of the engine options to be overly slow; the diesel engines work well at low speed, which is good news for those in more built-up areas. Both versions now have a six-speed manual gearbox that makes for more refined motorway cruising than the old five-speed.

If you want your Tourneo Connect to be as fast as it can be, the best option is the most powerful diesel paired with its six-speed manual: 0-62mph in 12.7 seconds, a 106mph top speed and still with 51.4mpg average fuel consumption. The 99bhp manual takes 13.4 seconds, while selecting the automatic gearbox blunts acceleration - it takes 13.3 seconds in the 118bhp version and a whole 15 seconds with the 99bhp engine.

On the move, the Tourneo Connect shows its car-based underpinnings with steering that feels reasonably connected to the road, but its van-based suspension is slightly cruder than that of the Focus hatchback, so on-road comfort suffers.

On-the-move comfort is compromised in the Tourneo Connect

The interior shares its design with some older Ford models, like the previous Focus and Fiesta. Look carefully and you’ll see lots of hard plastics which aren’t particularly pleasant to touch. Even so, there’s a range of equipment that you’re more likely to see in Ford’s car range. There’s loads of space inside, too – the abundance of room is most evident in the front, where all but the tallest drivers can adjust the seat to its highest position and still have plenty of headroom.

The driver’s seat adjusts in a number of ways, and we’re pleased to see that even the cheapest model comes with a steering column that adjusts for both reach and rake. The rest of the seats look like they’ll provide more support than they actually do – the cushioning around the side is too squidgy.

The car’s boxy shape means there’s a lot of noise at speed, and it’s possible to hear the wind whistling around those big door mirrors at speed. The Tourneo Connect does without the level of soundproofing you’d expect in a Ford C-MAX or Focus, so the clatter of the engines – particularly the diesels – can easily be heard.

The entry-level trim also includes DAB radio, remote central locking, air conditioning and cruise control, so it certainly ticks off the essentials. Titanium adds two-zone climate control, parking sensors, auto headlights and wipers, an auto-dimming rearview mirror and a panoramic sunroof, which floods light into the cabin. Ford’s SYNC 3 touchscreen is only fitted on Active, which also gets bigger wheels, a reversing camera and a tougher look. The touchscreen is only an option elsewhere, alongside keyless entry and an alarm.

Vast amounts of space, but the Tourneo Connect feels rather van-like

The Tourneo Connect is as boxy as MPVs come – there are no sloping rooflines or other design flourishes here that impact on interior space. What you get is a huge amount of space or passengers. The abundance of room is most evident in the front where all but the tallest drivers can adjust the seat to its highest position and still have plenty of headroom.

There’s more than enough space for three adults in the rear, and it’s almost possible for an adult to stand. The Grand Tourneo Connect offers the opportunity to choose a seven seat option, but in reality the seats are too cramped for adults for more than a short journey. You’ll need to manhandle the seats into position – they fold out of the floor but you need to fold the second row of seats to do so. The arrangement eats into boot space; with the seats up, there’s 332 litres of boot space - still more than a Ford Fiesta - or 1,287 litres with the third row folded. Ditch the seven-seat option altogether and your Grand Tourneo Connect will benefit from a 1,529-litre boot.

The standard Tourneo Connect records 1,029 litres of boot space, and all models have removable seats which can transform the car into what is essentially a two seater van; with the seats removed, the standard car’s load space balloons to 2,410 litres, while the five-seater Grand grows to a massive 2,761 litres. There’s also a large array of cubbies, plus a huge shelf above the windscreen.

Visibility is first-rate, thanks to huge windows and large door mirrors, although the rear parking sensors and/or camera are worthwhile options. Rear sensors come as standard with Titanium trim or are a £240 option on base models; the rear-view camera option, which also adds reversing sensors and an auto-dimming rear-view mirror to Zetec models, is priced at £390.

The Tourneo Connect’s safety credentials are above the class average

Ford’s vans have a generally good reputation for reliability, and that the Tourneo Connect is the sister car to the Transit Connect van should provide comfort to any would-be owner.

Build quality feels far better than in key rivals like the Fiat Doblo, which feels old and rather flimsy by comparison. The Ford isn’t quite as well-built as the Volkswagen Caddy, but then it isn’t as pricey either.

The Tourneo Connect was praised during its Euro NCAP crash tests, scoring well for adult occupant protection while child and passenger safety is well above the class average. The Ford scored a four-star rating overall when it was tested in 2018. The Citroen scored four stars, while the Fiat achieved just three stars – and the Fiat was assessed when the criteria was less stringent, further emphasising how much safer the Tourneo Connect should be in a crash.

All models feature front and rear airbags, electronic skid control and a system to prevent filling up with the wrong type of fuel. A range of hard-wired speed limiters (56, 62 and 70mph) are options carried across from the van version of the Connect and are available at £60 if you’re feeling drastic. Lane-keeping assistance and auto emergency braking are now fitted as standard, alongside traffic sign recognition and a seatbelt warning system.