The Toyota Auris Touring Sports upholds its manufacturer’s reputation for excellent reliability and it should be safe, too

Toyotas have long been renowned for delivering many miles of trouble-free motoring and the Auris uses tried-and-tested parts and engines, so there should be little chance of nasty mechanical surprises.

The Toyota Auris was rated highly for reliability in our 2017 Driver Power owner satisfaction survey of cars currently on sale in the UK. Of the owners who responded, 9.4% reported experiencing a problem with their car at least once.

Along with its reliability, owners liked its low running costs and its responsive engines. They were less keen on the exterior look and interior design and comfort of the Auris. 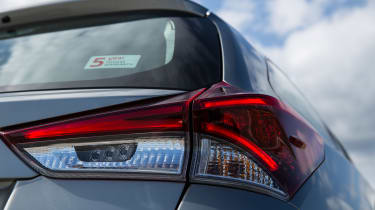 The Toyota Auris was crash-tested by Euro NCAP in 2013, receiving the maximum five-star rating. Adult occupant protection was rated at an impressive 92%, child occupant protection was scored at 84%. The car also got a 68% pedestrian protection rating and a score of 66% for its safety assistance systems. The only negative points noted by the testers were that one of the rear doors opened during the side-impact test and that the windscreen pillars provided poor protection for a pedestrian’s head.