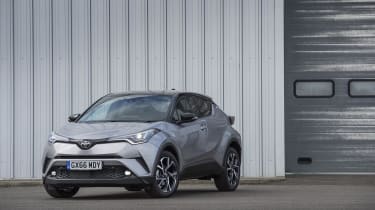 The Toyota C-HR Hybrid is too new a model to have featured in our 2017 Driver power customer satisfaction survey, but Toyota as a brand did reasonable well. Safety should be excellent, however, thanks to a full five-star rating from Euro NCAP.

Although the C-HR Hybrid is a new and sophisticated car, Toyota knows a thing or two about hybrid setups. It sits on the same mechanical backbone and uses the same engine, motor and gearbox combination as the Toyota Prius and, while this may be anecdotal evidence, the sheer number of old Prius still on the roads is surely a good omen. 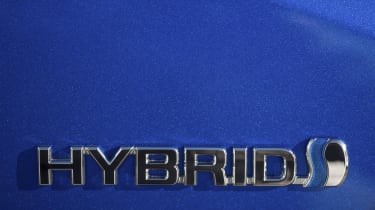 More concrete evidence comes from our Driver Power poll, which saw Toyota finish 11th out of 27 carmakers – above average, but some way off exceptional. Owners reported their Toyotas were economical, well priced and pretty well equipped, while reliability pulled in an eighth-place result, with build quality bringing that last score down slightly.

The five-star award given to the Toyota C-HR by Euro NCAP is an excellent result and was achieved thanks to an impressive 95% adult occupant protection rating, a 77% child occupant rating, a 76% pedestrian rating and a 78% score for the safety assistance systems fitted.

Euro NCAP praised the standard autonomous emergency braking system and also commented that the C-HR scored maximum points in the challenging side pole impact test, which involves slamming a car sideways into a rigid pole (designed to mimic a tree or lamp post) at 20mph.

As well as autonomous emergency braking, all C-HRs come with lane-departure warning, traffic-sign recognition, auto-dipping headlights, a speed limiter and active cruise control, which matches your speed to the car in front.

Excel and Dynamic models also come with a blind-spot warning system and rear cross-traffic alert, which scans behind the car for obstacles when reversing, sounding a warning if one is detected.