We expect the Toyota to boast enviable reliability, and it's fitted with all the key safety features you'd expect in a forward-looking family car, which helped it get five stars from Euro NCAP.

The Toyota Corolla made a strong debut appearance in our 2020 Driver Power satisfaction survey, finishing in seventh place out of 75 cars. Owners were impressed by the Corolla’s strong performance, and by it’s design. They were less happy with the practicality it offers, though, due to a small boot and lack of storage space. It was also rated highly for reliability, with only 7.7% of owners reporting a fault in the first year.

Toyota performed equally well in our manufacturer survey, with only 9.6% of owners reporting a fault with their cars in the first year of ownership. Owners praised the fuel economy of their cars, and the smoothness of the engines, but were less impressed by their acceleration, which could be quicker, and clunky infotainment systems. 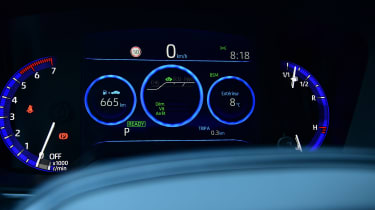 The Toyota Corolla achieved a full five-star rating when it was tested by Euro NCAP in the spring of 2019. That included a 95% score in the adult occupant category. The car is loaded with active safety kit to help prevent a collision, as well as plenty of passive measures should the worst happen. Most safety equipment is standard too, so you don't have to spend extra on a high trim or spend on costly options for added peace of mind.