Volkswagen's reputation for owner satisfaction has been through various ups and downs, with a middling score for the brand in our latest Driver Power survey. The Polo's safety, though, is beyond doubt. 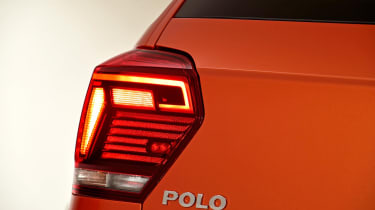 Volkswagen as a brand failed to impress in our 2020 Driver Power customer satisfaction survey. The German giant came 19th out of 30 manufacturers and 20.2% of owners reported at least one fault within the first year of ownership. The Volkswagen Polo finished in 84th place out of 100 cars in our 2019 survey but didn’t feature in our results for 2020.

The Polo was rewarded with a five-star rating after independent crash testing by Euro NCAP. While the Polo's strength is evident in its 96% score for adult occupancy protection and 85% rating for the way it looks after children, there's further good news in the high level of crash-avoidance technology that's fitted as standard.

Every Polo comes with an autonomous emergency braking system (AEB) that works at urban speeds and can detect pedestrians, which is a welcome decision by VW. The safety experts at Thatcham estimate 75% of all collisions occur at 25mph or less, and AEB leads to a 38% reduction in “real-world rear-end crashes”. AEB is set to become mandatory in the coming years, but VW has got in early by fitting it as standard to the latest Polo.

Other safety systems are optional, but are welcome nonetheless. Blind-spot monitoring illuminates a light by the door mirrors when an object is detected either side of you, while rear cross-traffic alert scans behind the car when reversing, braking if it detects a potential collision you haven’t.

Adaptive cruise control is both a feature of convenience and safety: this system debuted in Europe on the Mercedes S-Class back in 1999 and while it was offered on the previous Polo, long-distance drivers should consider it, as it’ll match your speed to the car in front, braking and accelerating for you within prescribed limits. Specify it with the DSG automatic gearbox and it comes with a ‘Stop & Go’ function, taking much of the strain out of traffic jams as the Polo keeps pace with crawling cars automatically, leaving you to just steer.

And while the optional Park Assist self-parking system will appeal to some more than others, its inclusion on the Polo’s options list gives further credence to the idea that this is a small car with big-car options.