Being such a new car means hard data is lacking for the Volvo XC60 T8 Twin Engine, but owner satisfaction and safety omens are good

The independent safety experts at Euro NCAP have yet to put the Volvo XC60 T8 Twin Engine (or the standard XC60) through its paces, but Volvo’s standing where occupant protection is concerned remains encouraging.

Equally, while the XC60 is too new to have featured in our 2017 Driver Power customer satisfaction survey, the previous generation did very well indeed, coming an impressive ninth out of 75 cars. Volvo as a brand also fared well above average.

Volvo had a good year in our 2017 Driver Power poll, coming seventh out of 27 manufacturers. The company came second when owners rated how safe they felt their cars were, while it also received good ratings for its engines and gearboxes. 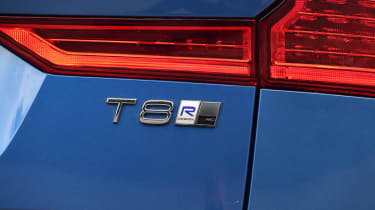 Owners also liked the comfort offered by their cars’ seats and rated their infotainment systems highly. Points were lost for fuel consumption and in the interests of clarity we should highlight that 15.7% of Volvo owners reported encountering a problem with their car, which is disappointing.

As mentioned above, there’s no concrete data for the XC60 itself, but Volvo has a hard-won reputation for safety and we see no reason to suggest this should change with the latest XC60.

All models come with lane-keeping assistance, so will automatically steer you back into your lane if you move over without indicating. Also standard are traffic-sign recognition, a speed limiter and a fatigue detection and warning system.

If you’re after a semi-autonomous experience, consider the Intellisafe Pro pack, which costs £1,500. The adaptive cruise control this pack brings will match your speed to the speed of the car in front, while the Pilot Assist system will help steer the car for you.