"Thanks to its huge V12 engine and impressive ride quality, the Aston Martin Vanquish is both an impressive performance car and a comfortable cruiser." 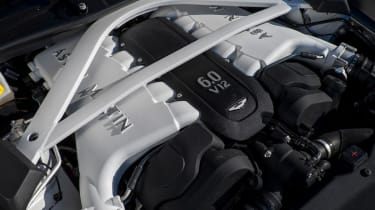 The Aston Martin Vanquish replaced the DBS and sits at the top of Aston's range (not counting limited-run models like the One-77 and V12 Zagato). The layout is typical Aston – there's a huge V12 engine at the front driving the rear wheels and the low-slung bodywork has similar proportions to the DBS.

The body panels are all carbon-fibre, though – a first for Aston – and a recent refresh of the car means the engine now produces 568bhp and is around 11% more efficient than before The interior features a user-friendly infotainment interface and hi-tech touch-sensitive buttons. For millionaires interested in style, sophistication and ferocious pace, the Vanquish is a natural choice.

At the start of 2017, Aston introduced an ‘S’ version of the Vanquish that has styling, performance and suspension improvements. The Vanquish S will be the last Aston to be powered by a big V12 engine and becomes the flagship super-GT in the current Aston range.

While other manufacturers are turning to smaller turbocharged engines to deliver more performance and reduce fuel consumption in one swoop, Aston Martin has persevered with a naturally aspirated 6.0-litre V12 in the Vanquish. The benefits of this engine are clear – it sounds fantastic and the effortlessly smooth power delivery is unrivalled. Fuel consumption and CO2 emissions of around 22.1mpg and 298g/km are pretty poor, even if those figures are better than they used to be. The more powerful Vanquish S claims official economy of 21.6mpg with CO2 emissions of 302g/km. An annual road-tax bill of £515 is part and parcel of the ownership experience, although this will decrease to £450 a year (for the first five years) for examples registered on or after 1 April 2017.

A tank of unleaded for the Vanquish will set you back well over £100. A three-year unlimited-mileage warranty is included as standard, although a number of extended warranty packages are also available. Buyers should be aware though that repairing the carbon-fibre bodywork will be extremely expensive and servicing costs will be well above the norm, too.

Power from the 6.0-litre V12 in the standard Vanquish is 568bhp, resulting in a 0-62mph time of 3.8 seconds and a top speed of 201mph. The steering reacts quickly to your movements and the engine sits low, so handling is stable.

The latest eight-speed gearbox means shifts are much smoother and quicker than before, which improves the Vanquish both as a sports car and a cruiser. A revised suspension that’s firmer than before has improved the handling, while changes to the brakes means they’re more rewarding to use.

A launch-control mode allows you to make the most of the performance by controlling wheelspin and letting you blast away from a standstill with maximum acceleration. Pushing the sport button on the steering wheel sharpens throttle response and opens a set of valves in the exhaust, which lets you hear the V12 engine in all its glory.

The same engine is used in the Vanquish S, but here it has been fettled to produce an extra 27bhp, taking output to 595bhp and reducing the 0-62mph time to 3.5 seconds.

Despite boasting almost 600bhp, the engine delivers its power predictably, meaning the S model still makes an unintimidating, refined cruiser when you want to relax.

Body control is even better than in the standard car thanks to Aston’s enhancements and improvements. Just as with the standard Vanquish, Sport and Track modes allow you to make the suspension firmer when you want the ultimate in cornering ability. The eight-speed automatic gearbox is even quicker and smoother in the Vanquish S, but still not up to the standard of the slick changes you experience in a Ferrari F12 or McLaren 650S.

Firm and bumpy ride balanced by power and luxury

The suspension has three distinct settings – Normal, Sport and Track – so you can change the character of the car from a comfy cruiser to a very firm racer at the touch of a button. The huge amount of power and luxurious interior mean the Vanquish is the perfect car for a long cross-continent trip – as long as you can stomach the fuel bills.

Our criticisms of the interior are that for a car of this price, some of the switchgear lacks quality and the sat nav and infotainment systems aren’t good enough. Aston’s partnership with Mercedes includes the supply of interior components for the DB11, but the Vanquish doesn’t benefit from this. While plush materials and impressive craftsmanship are present in abundance, there are elements of the interior that make it feel dated.

More interior space and a bigger boot than the DBS

Let’s face it, you don’t buy a car like this with practicality in mind, but the Vanquish has definitely improved compared to its predecessor. The dashboard has moved forward 20mm to create more space for front passengers and there’s a 368-litre boot – that’s 60% bigger than the DBS and enough for two sets of golf clubs. The rear seats are extremely cramped and only really suited to children, but if you’d rather have more luggage space, Aston will remove the rear seats as a no-cost option.

Predecessor was well built, but any repairs will be costly

Aston Martin doesn’t have the best reputation for reliability, but its latest models are far better than in years gone by. Each Vanquish takes around 250 to 300 hours to build by hand, so you can be sure quality is high. There were no major recalls for the DBS, so no major mechanical problems are anticipated for the Vanquish.

Strictly for the wealthy, but you do get a lot for your money

There’s no escaping that fact that the Vanquish is expensive. The standard car starts at £193,000 and the S model costs £200,000. In its defence, we would point out that the body is constructed entirely from expensive carbon-fibre, there's more technology and gadgets packed into the interior, and it's faster than ever before.

Show me:
Aston Martin Vanquish S Ultimate: the end of an era 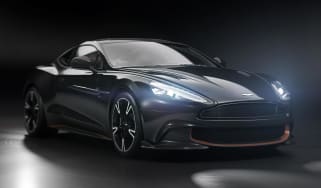 Aston Martin Vanquish S Ultimate: the end of an era 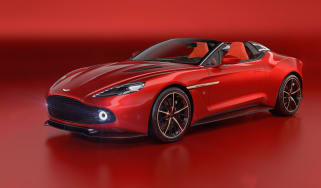 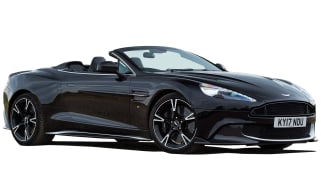 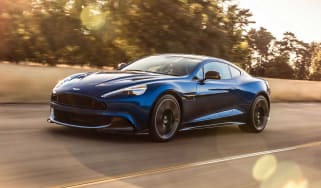