It's impossible to judge the A7 Sportback’s reliability until it has been on sale for a few years at least, but Audi has put it through a rigorous testing programme. The big Audi scored the full five stars in Euro NCAP crash tests. 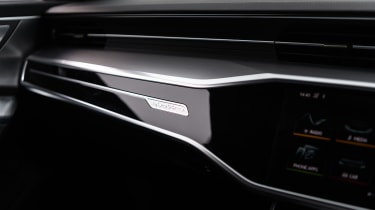 Audi tends to be at its best when building large, luxurious models and A7 customers are unlikely to expect anything less than the best. The latest version of the A7 hasn’t yet featured in a Driver Power survey but we haven’t heard of any major reliability issues since the car was launched in 2018.

While the Audi A7 has proved it's extremely safe in Euro NCAP crash tests, the aim of most of its safety kit is to prevent a collision happening in the first place. To accomplish this, top versions are fitted with no less than five radar sensors, five cameras, 12 ultrasonic sensors and a laser scanner. Start to wander out of your lane on the motorway and the steering will guide you back. Fail to brake for a car or pedestrian, and the A7 can brake automatically as a last resort.