"There’s nothing quite like the BMW 5 Series Gran Turismo, with its huge cabin, luxurious finish and hatchback versatility."

The BMW 5 Series Gran Turismo (often shortened to BMW 5 Series GT) was a large five-door hatchback version of the popular BMW 5 Series executive saloon, which has subesquently been replaced by the BMW 6 Series GT. The 5 Series GT rides a little higher than its four-door counterpart, and also offers softer suspension, more interior space and a more practical boot.

BMW presented the 5 Series GT as a well equipped luxurious flagship model and an alternative to upmarket SUVs. Initially, the most frugal entry-level 5 Series engines weren’t available in the GT – you could choose from powerful 3.0-litre petrols and diesels, or even a very thirsty 4.4-litre twin-turbo petrol V8.

But in a bid to entice fleet buyers, BMW introduced the BMW 520d GT, which uses the same very efficient yet punchy engine that powers the most popular 5 Series saloon. This was by far and away the best buy in the range, as the others made little sense financially, both from a day-to-day running costs perspective and in terms of long-term depreciation. 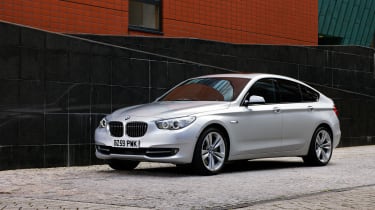 The 5 Series GT’s biggest selling point was always that it offered the interior space of the larger BMW 7 Series combined with the renowned sporty handling of the 5 Series. The reality fell somewhat short of that goal, however, as there was no disguising the GT’s extra weight.

Another problem with the 5 Series GT was the way it looked – you’d struggle to call it pretty, even in athletic M Sport guise with smart alloys and a bodykit.

And while the GT’s hatchbook boot was certainly more versatile than the saloon’s, in terms of sheer capacity it fell short of both the four-door and the 5 Series Touring estate. It did have one little trick up its sleeve, though – a ‘dual-hinge’ mechanism that allows it to opened part-way for loading small items of luggage without exposing the cabin to the elements - though this feature was dropped when the 6 Series GT was introduced. 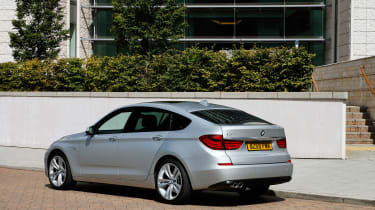 Passengers in the back should be very happy, as there’s plenty of legroom and a great view out through the large windows in the 5 Series GT. A four-seater ‘Executive Package’ layout replaced the rear bench with two comfortable reclining armchairs.

BMW offered the 5 Series GT in three specificaitons: SE, Luxury and M Sport. Whichever one you chose, you’d get leather seats, alloy wheels, sat nav and air-conditining as standard. The Luxury got chrome interior finish and a beefed-up infotainment system, while the M Sport’s aggressive character seemed at odds with the more relaxed nature of the GT compared to the 5 Series saloon.

We think the 520d Luxury is the best engine and trim level combination you could get, combining reasonable running costs with a suitable level of luxury and equipment. 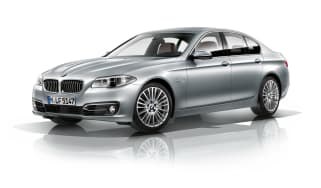 The popular BMW 5 Series range has been updated and now costs from £31,530
Skip to ContentSkip to Footer