Just like its premium German rivals – Audi and Mercedes – BMW has made a point of filling every possible gap in its range with niche models in the past few years. Cars like the 2 Series Active Tourer, 3 Series GT, 4 Series Gran Coupe, X4 and X6 have made sure that buying a BMW is no longer a simple choice between incrementally larger saloons and estates, plus a hatchback and SUV or two.

The latest addition to the range is the 6 Series Gran Turismo – a replacement for the outgoing 5 Series Gran Turismo. While some of BMW’s niche-filling additions have attempted to add style to existing models at the expense of practicality, its GT models are tasked with maximising space and versatility. 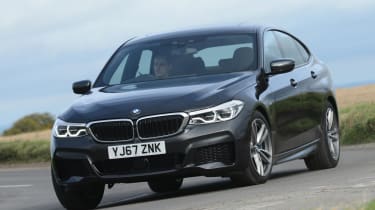 Such is its unique place in the market, the 6 Series GT doesn’t have many truly direct rivals; the Audi A7 doesn’t quite offer the same amount of space and practicality, while the Porsche Panamera is much more expensive. The 6 Series GT sits somewhere between traditional executive estates and the latest wave of coupe-styled premium SUVs like the Mercedes GLE Coupe.

Just like the outgoing car, the 6 Series GT features a body that’s larger in most directions than other 6 Series models. BMW reckons the new car combines the 5 Series’ excellent driving experience with the space and luxury of the larger 7 Series. It majors on practicality, with a huge boot accessed by a large hatchback bootlid.

Improved space for passengers and their luggage has been a priority. The old 5 Series GT featured rear seats set higher than those in the front, but the 6 GT ditches these to maximise head and legroom – something helped by its long wheelbase, which equals that of the 7 Series. The boot measures 610 litres, which extends to a cavernous 1,800 litres with the seats folded.

There’s plenty of room in the front, where you sit higher than in other large BMWs (SUVs excepted). Interior quality is excellent, with a nice combination of high-grade plastics, interesting trim materials and a logical layout. There’s the same well sorted infotainment system found in the latest 5 Series, which is easy to use and packed full of features. 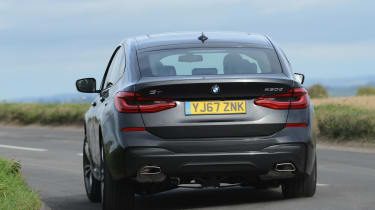 You can order your 6 Series GT in one of three trim levels: SE, M Sport and M Sport Plus. Even entry-level cars are well equipped, with 18-inch alloys, dual-zone climate control, DAB radio, sat nav, a parking camera and BMW’s ConnectedDrive Services among the standard equipment. You can also remotely check on the car's vital statistics and even unlock it using a smartphone app.

M Sport brings a more sporty character, including larger 19-inch alloys, a more aggressive body kit and a host of unique interior touches, while M Sport Plus adds even bigger wheels, a Harman Kardon stereo and ‘sun protection glass’ to the M Sport.

The 640i xDrive sits at the very top of the range and has great performance, but at at the expense of economy, with an average figure of 35.3mpg – although that’s not entirely hopeless for a car of this size and weight. On the road, the top-of-the-range 6 Series GT is effortlessly fast and refined, but doesn’t drive as well as more traditional saloon counterparts, lacking the driver involvement and agility of the 5 Series. There’s plenty of grip on offer though, especially with xDrive four-wheel drive.

The 6 Series GT will appeal if you want to stand out from the crowd in a market that traditionally doesn’t offer much in the way of individuality. It’s not as good to drive as the 5 Series, but it offers enough extra comfort and space for passengers and luggage to make it useful. However, it doesn’t do much that the 5 Series Touring can’t. 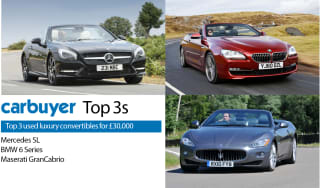 “Dear Carbuyer, I want a big luxury convertible for the summer for a budget of £30,000. What do you recommend?”
New BMW 6 Series GT diesel model launched 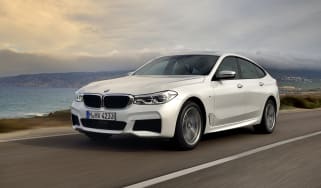 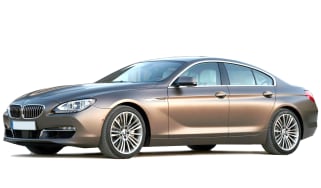 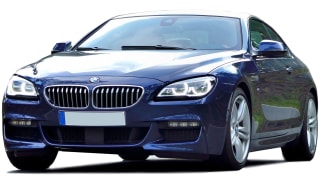 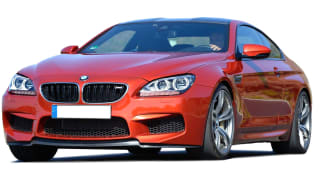 "The BMW M6 is astonishingly fast, but there's no hiding the fact that you can get the same thrills for less money"
BMW M6 convertible (2012-2017) 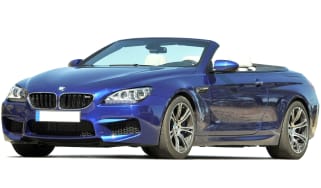 “The BMW M6 convertible is a hugely powerful and impressive addition to BMW's range, but offers little in the way of extra excitement over the cheaper…
BMW 6 Series convertible (2011-2018) 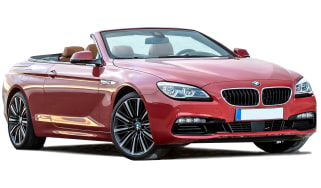 "The head-up display feature on the BMW 6 Series Convertible is no gimmick, the system works brilliantly"
More efficiency for 2015 BMW 6 Series 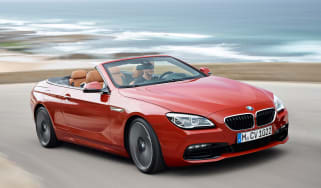 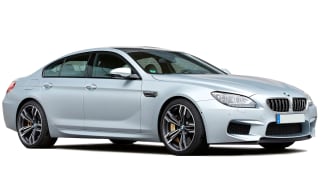 "BMW’s 6 Series is a stylish coupe that offers a sporty drive and impressive comfort. It’s well built – but feels like a big, heavy car next to relati…
Skip to ContentSkip to Footer