Big, powerful engines give the BMW 6 Series GT great performance, but handling doesn’t quite match up

BMW is renowned for its excellent engines and while it lacks the breadth of choice enjoyed by other models, the 6 Series Gran Turismo benefits from a decent selection of petrol and diesel options. All 6 Series GTs come with an eight-speed automatic gearbox and can be had with four-wheel drive – the latter is standard on the top-of-the-range 640i xDrive.

The entry-level engine is the 2.0-litre, turbocharged four-cylinder petrol in the the 630i. This is the only four-cylinder in the range, but isn’t particularly lacking in performance. It produces 254bhp, which translates to 0-62mph in 6.3 seconds and a limited top speed of 155mph (as with all models).

If you want a more powerful petrol engine, you’ll have to jump to the very top of the range and the 640i xDrive. It’s powered by a turbocharged 3.0-litre straight-six that produces 335bhp, which makes for a 0-62mph time of 5.3 seconds and a bit more low-down power. 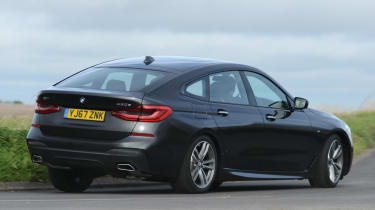 It's an impressively smooth and refined performer, but things do get a little rough at high revs. It’s best to play to the the engine’s strengths, making the most of the impressive low-down power for easy, unfussed progress. The six-cylinder engine works well with the eight-speed gearbox, which changes gear quickly and smoothly.

The 630d diesel produces the best combination of low-down punch and economy on paper, however. It’s only slightly more powerful than the four-cylinder petrol (261 versus 254bhp in the 630i), but that power is produced lower in the rev range. Economy of 55.3mpg is possible if you stick with rear-wheel drive, while four-wheel drive drops that figure to 49.5mpg. It’s likely this engine will best suit UK buyers’ tastes, but with prices starting at a shade under £51,000 for the 630d in SE trim, it’s not exactly cheap. 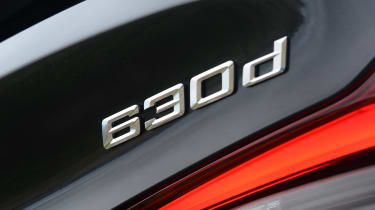 The large, heavy 6 Series GT simply can’t match the 5 Series for sheer driving pleasure, however; its steering and body control are nowhere near as accomplished. Outright grip and security is great, though, thanks especially to BMW’s xDrive four-wheel-drive system, which can move power to the wheel or wheels that need it most. This adds a level of security in bad weather compared to the standard rear-drive setup. Fit winter tyres and it's likely the 640i xDrive would make short work of icy and snowy conditions, too.