Modern BMWs are some of the safest cars on sale today, and the 6 Series GT is no different, with a good result in Euro NCAP crash tests. While there’s no way of knowing exactly how the car will fare over the course of ownership, we can make an educated guess, not least thanks to the results of our Driver Power 2017 survey.

The 6 Series GT is too new to have featured in our Driver Power 2017 survey, but BMW itself performed well, finishing an impressive ninth place overall out of 27 manufacturers – ahead of premium rivals Jaguar (12th), Audi (18th) and Mercedes (21st). It finished seventh and ninth in the safety and reliability categories respectively. 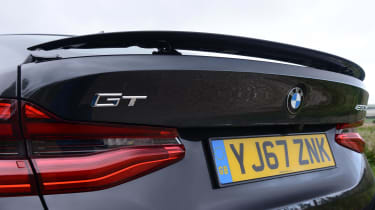 The highest-rated BMW car was the 4 Series coupe, which finished 22nd out of 75 cars with an impressive overall score of 91.16%. BMW’s Driver Power success certainly bodes well if you’re thinking about buying a 6 Series GT.

The 6 Series GT received the full five stars for safety after taking on Euro NCAP's battery of tests. Scoring well across the board, it received near identical scores of 86 and 85% for adult and child occupant protection, along with an impressive 81% for pedestrian safety.

There are plenty of systems on board to make sure that doesn’t happen in the first place, of course. All 6 Series GTs come with AEB (automatic emergency braking), LED lights all round (with adaptive headlights) and BMW’s ConnectedDrive Services, including traffic information and BMW Emergency Call, which can help get help to your location as quickly as possible following a breakdown or collision. 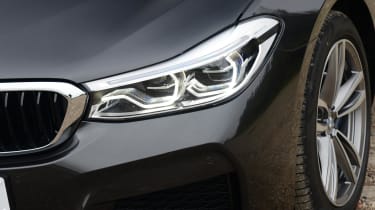 If you’re willing to spend a little extra on options, you can load your 6 Series GT with a host of added safety equipment. Adaptive Cruise Control with full stop-go functionality (making traffic jams and slow-moving traffic easy to deal with) can be specified independently of BMW’s Driving Assistant Plus package, which itself costs around £2,200. The package adds a number of systems that can help you avoid a collision, including front and rear cross-traffic alerts, lane-keeping assistance and steering assistance.

The standard Driving Assistant package (about £900) pares down this list, with a focus on systems to warn you of hazards, rather than actively avoiding them. This also includes a speed-limit information system that also keeps track of no-overtaking road markings. Similar options on the Mercedes E-Class run slightly cheaper, while the Volvo V90 – one of the safest cars in this class – offers more safety equipment as standard.