The BMW X2 is, in essence, a family car with attitude, and is eminently capable of accommodating a young family. This is no surprise given it shares much of its structure with the BMW X1, although its more streamlined shape does result in a few compromises. 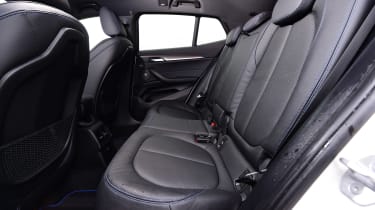 Despite the car having much in common with the BMW X1, it's immediately apparent that you sit much lower in the X2. The driving position isn't much higher than that of a BMW 1 Series, so this is definitely not an SUV for those who enjoy peering over the top of other traffic. It does mean the X2 feels sporty, though; few drivers will find any difficulty in getting comfortable, thanks to supportive, well shaped seats with plenty of adjustment.

Those in the rear aren't quite as well catered for. It's a little trickier to get in than the X1, due to narrower rear doors, but there's not much less legroom once you've settled in. And, while six-footers can still just about fit in the X2's back seat, headroom isn't as plentiful as you'll find in its less glamorous stablemate. 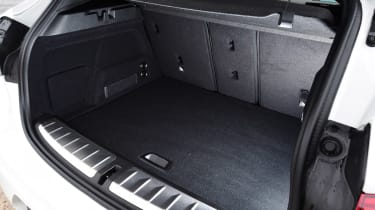 The X2 is marginally less suited to load-lugging than the BMW X1, due to restrictions that its svelte styling place on the shape of the boot. It still boasts 470 litres of luggage space, though – only 35 litres less than the X1, and this remains the case even if you go for the M35i version. But it's a shame the loading lip is so high, as this makes heaving heavy or bulky loads into the boot something of a struggle.