BMW is among the frontrunners in the field of driver assistance systems, but a lot of the most advanced technology in the X3's arsenal is only available as an optional extra. It's a shame, given the considerable price of the car, but crash safety impresses thanks to the design and strength of the X3's BMW 5 Series-based structure.

BMW finished in 27th position in our 2020 Driver Power owner satisfaction survey, a worse overall result than either Audi or Jaguar, but one spot ahead of Mercedes. The X3 came 49th out of the top 75 cars in our survey, with the engine and the iDrive infotainment system impressing owners - but the X3 scored badly for running costs and exterior styling. 18% of owners that responded reported a fault in the first year. 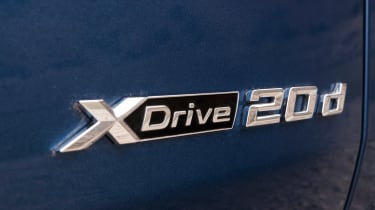 The X3 achieved a full five-star rating when it was crash tested by Euro NCAP in late 2017. The car scored well across the board, including a 93% score in the adult occupant category and 84% for child occupant protection.

Under the collective tag of 'BMW Personal CoPilot', semi-autonomous crash-avoidance and mitigation technology such as autonomous emergency braking is either standard or optional, but it's a little disappointing to find that lane-departure assistance and active cruise control are only available at extra cost. You can also add wrong-way warning that recognises one-way streets and warning for traffic that's about to cross your path.