As it's a brand-new car, passing judgement on the reliability of the Ford Ka+ wouldn’t be fair, but its Fiesta underpinnings should stand it in reasonable stead and provide a sound basis for analysis. Euro NCAP only awarded it three out of four stars for safety, however, which may give buyers pause for thought. 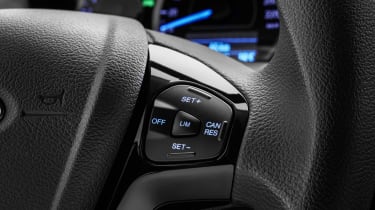 The 1.2-litre petrol engine fitted to the Ka+ is tried and tested as well as fairly uncomplicated, so it should prove robust enough over time.

Ford came 23rd out of 30 carmakers in our 2019 Driver Power owner satisfaction survey. Owners report some reliability (14.8% of vehicles suffered one or more faults within 12 months) and build quality issues from their cars, while running costs are felt to be a little on the high side.

When Euro NCAP crash-tested the Mk7 Fiesta in 2012, it scored the full five stars, with strong 91% adult occupant and 86% child occupant protection ratings. Euro NCAP has toughened up its tests since then, though, and more recently the Ka+ could only manage three out of five stars.

Testers observed that "structures in the dashboard were thought likely to pose a risk to occupants of different sizes and to those sat in different positions... dummy readings of chest compression indicated a marginal level of protection for this part of the body for both the driver and passenger... measurement of compression indicated poor protection for the chest of the rear passenger dummy and head decelerations demonstrated weak head protection."