he latest Kia Rio should prove reliable and it came in a very respectable 23rd place out of 75 cars tested in our 2020 Driver Power owner satisfaction survey. Kia also came second out of 30 manufacturers. Kia owners told us they liked their cars’ interiors, comfort, visibility and practicality.

We had few reports of reliability issues and a strong score for overall perceived quality. Owners were even happy with the cost of dealer servicing. Niggles included fuel economy, loud engines that were neither quiet or quick, notchy gear changes and unimpressive handling.

While some rivals feel more luxurious and better built than the Rio, reliability is clearly a big part of the car’s appeal and Kia’s seven-year/100,000-mile warranty is clear evidence of the company’s confidence in its product. 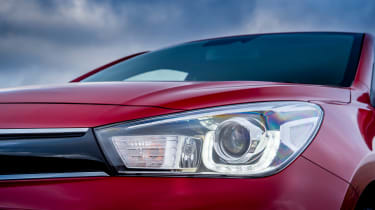 The Rio was awarded five stars by Euro NCAP in the summer of 2017 but be aware that the rating only applies to cars fitted with the optional Advanced Driving Assistance pack. The Rio was tested separately without the pack and only managed a three star rating. Kia has increased the percentage of high-strength steel used in the construction of the car, so the safety credentials of its structure has certainly improved compared to the previous model.

All Rios now feature electronic stability control and hill-start assistance as standard. Autonomous Emergency Braking (AEB) and lane-departure warning systems are both standard on the 2 and 3 trim and available as options on the entry-level 1.