Family transport has never been particularly glamorous - seven-seater MPVs such as the Volkswagen Multivan and the Dacia Jogger are hardly the most stylish cars on sale due to their boxy shapes. However, for those with deep pockets, there is a more rugged and stylish option to fulfil all your family transportation needs: the seven-seater luxury SUV. If you, like our reader, have a generous budget to spend on a large SUV for all the family - read on to see our top picks. But first, what are the benefits of choosing an SUV? 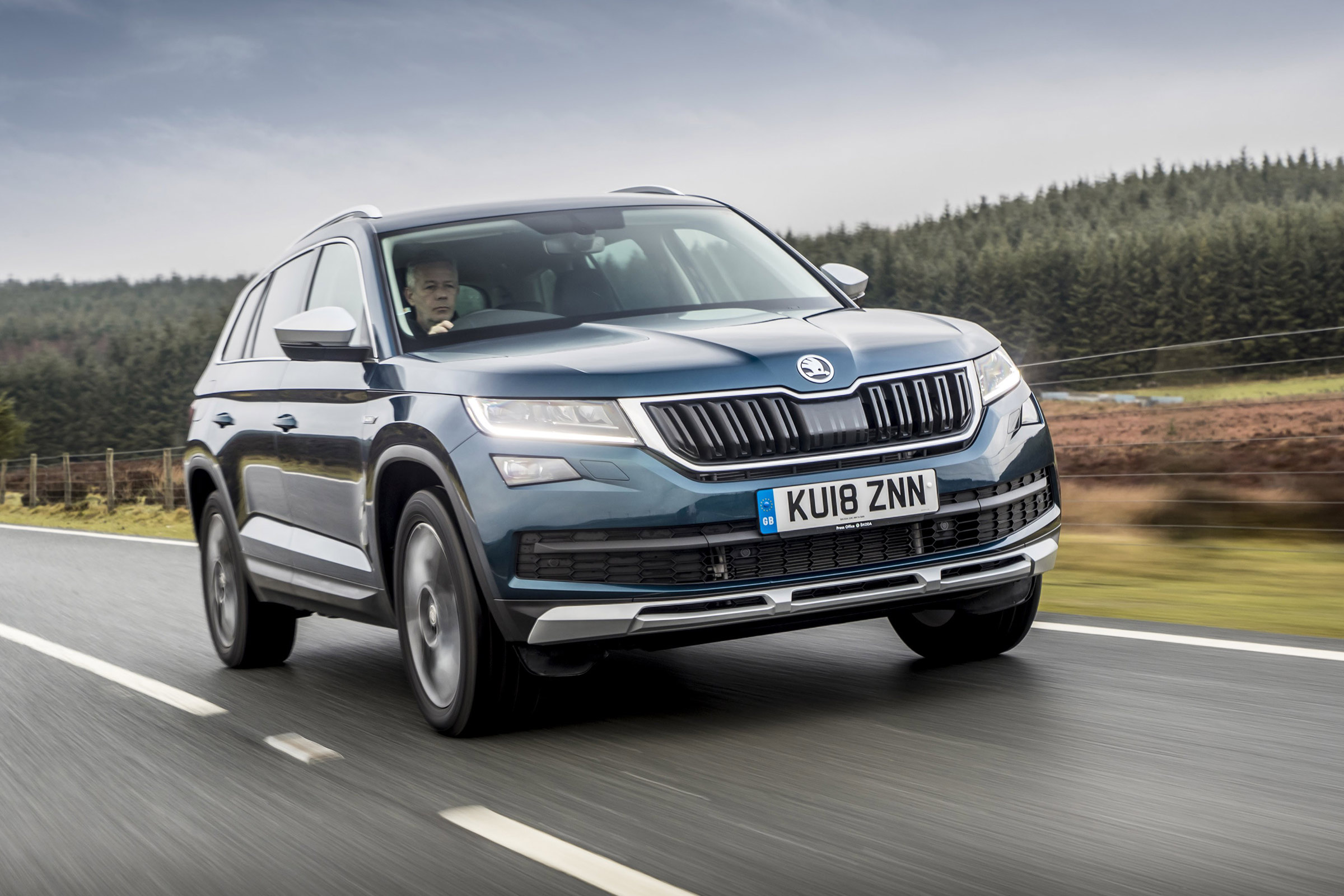 Nowadays, most MPVs are based on vans, which means that they typically lack the standard equipment expected of luxury passenger cars. Their boxy shapes also create a lot of wind noise which can be loud on the motorway. SUVs are still quite boxy but they’re catering for a market that demands a lot more luxury; it is not uncommon to find cars with features such as 360-degree cameras, massaging seats and semi-autonomous driving technology. Higher-end and luxury models will also incorporate plenty of sound-deadening material into their designs to make the interior as cosseting as possible.

Of course, another benefit of choosing a seven-seater SUV over the equivalent MPV is the increased ride height. To make them suitable to go off-roading, most SUVs adopt higher, raised suspension; despite the fact that most are front-wheel-drive and will spend the entirety of their lives strictly on tarmac. This does come with some advantages, however. A raised driving position gives a clearer, more commanding view of the road - plus it may allow for those with accessibility issues to get in and out of the car easier.

Luxury seven-seater SUVs are out of most people’s reach due to their high price tags. New examples of the Land Rover Discovery start from over £50,000, rising to around £70,000 for top-of-the-range examples. Thankfully, much cheaper options can be found on the used market and we have found three large and luxurious contenders that come in under our user’s specified budget.

Regardless, read on to see which of these sumptuous seven-seaters gets our top pick.

AGAINST: Not the most dynamic, so-so infotainment

The Land Rover Discovery is impressively quiet and refined, and has peerless off-road capabilities – a key selling point for some, if not all buyers. Corner too hard and body roll becomes pronounced, but the trade-off is good absorption of poor road surfaces. What’s more, this is one of the few cars available in which seven adults can sit in relative comfort.

A boot capacity of 228 litres with all seven seats in place is ahead of the Sorento’s, but down on the XC90’s. Usefully, you can have 698 litres with six seats in place, 1,137 litres with five in use, and 2,406 litres with all of the back seats folded. While the third rows in the Sorento and XC90 are fine for children but on the tight side for adults, the Discovery can easily take five adults in the back. Cabin quality is generally good, and the driving position is the most commanding here. Trim and option specifications are extensive, though, so specs can vary considerably between used examples.

Such is the quality of Kia’s recent models that the latest Sorento poses a challenge to rival cars from more premium brands. The Kia Sorento comes with a 1.6-litre hybrid powertrain that should be relatively inexpensive to run for such a large car, plus the ride is supremely comfortable - if not quite matching the relaxed manner of the Volvo.

On the key issue of boot space with all seven seats in place, the Sorento lags behind its rivals here. The precise capacity varies depending on powertrain, but expect at least 175 litres of room. This increases to 604-616 litres with five seats up (again, depending on engine) and 1,988-2,011 with just the front two seats in place. The rearmost two seats offer comparable space to the XC90’s, and while it doesn’t feel quite as premium as the Volvo’s, the 12.3-inch instrument cluster and slick infotainment touchscreen are a testament to the Kia being the newest car here by a few years.

A lower list price means your budget puts you in line for a high-spec, low-mileage Sorento with the best part of its seven-year warranty left. We found several examples around the £40k mark, including a 70-plate car with 5,000 miles in 3 trim; this includes a 10.25-inch infotainment screen, leather upholstery and a powered tailgate.

AGAINST: Light steering, ride can be stiff on large wheels

The XC90 rides well enough on smaller wheels but, like the Discovery, leans a bit when cornering. The steering is a bit light but, while this is not a car that prioritises handling, it’s a fine cruiser. The best thing about the Swedish SUV is how refined and quiet it is – a point on which it beats the more rugged Discovery. It also has a sense of style that the other cars don’t offer.

The Volvo wins crucial points for its boot. Even with all seven seats up, you get 302 litres of space, roughly equivalent to what you’ll find in a supermini. This rises to 1,007 litres with five seats in place and 1,856 litres with just the front two. The Volvo’s cabin is tastefully designed and built to a high standard, although as with the Discovery, the infotainment lags behind the Kia’s more sophisticated and user-friendly system. Also like the Discovery, the Volvo comes with a long list of options to choose from when buying new, so don’t depend purely on the trim level of any used model you’re buying to have every piece of equipment that you want on it.

Your budget is enough for a 19-plate XC90 with 30,000 miles on the clock and a 232bhp 2.0-litre diesel (41.5mpg). In Inscription trim, it’s fitted with leather upholstery, a powered tailgate and adaptive cruise control.

It may be an SUV-sized pill to swallow, but the Kia Sorento is by far the best-value option here and that’s the one we’d choose. Given entry-level models of the Sorento start from around £40,000, you can get a nearly-new example for our specified budget, compared to the older and higher-mileage examples of the Volvo and Land Rover. The Discovery doesn’t have a sparkling reliability record either. Kia’s interior quality is not far off the traditionally premium offerings and its almost unbeatable seven-year warranty means that the Sorento will stand up to anything family life throws at it. All of this alongside the frugal hybrid powertrain, multitude of standard kit and up-to-date tech makes choosing the Kia Sorento a real no-brainer.

Want to treat yourself to something new? Check out our list of the Top 10 best large SUVs