Although the Land Rover Discovery Sport is a relatively new model, it shares many parts with the Range Rover Evoque. Unfortunately, life for owners hasn't been a bed of roses.

The Discovery Sport didn’t appear in the 2020 Driver Power satisfaction survey because there were too few responses. However, Land Rover did come a disappointing 25th place out of 30 manufacturers, and that result is a drop of five places on 2019.

Land Rover owners ranked the brand last for reliability and were unhappy with servicing and running costs. By contrast, though, owners are very impressed by the Discovery Sport's comfort, practicality, ride and handling. 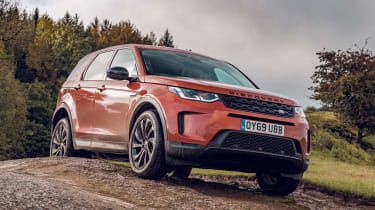 The previous generation Discovery Sport scored a full five-star rating in Euro NCAP crash-testing in 2014 and did significantly better than the Evoque in the adult, child and pedestrian protection categories. As of yet, the revised Disco Sport has yet to be tested by Euro NCAP.

That said there's no cause for alarm in terms of safety, because of the plentiful amount of safety equipment on the Sport and unlike some brands, Land Rover doesn’t restrict the more advanced kit to the more expensive models.

Standard kit includes automatic emergency braking, which intervenes if it detects a collision is imminent, nine airbags and various electronic stability systems to improve grip. There’s also a pedestrian airbag mounted at the base of the windscreen and two ISOFIX child-seat mounts in the second row.

Land Rover's Terrain Response system is fitted to all models. This allows you to select the type of surface you’re driving on, including snow, sand and rocks, and then adjusts the car accordingly to cope. There’s also hill-descent control, which controls the brakes to stop the Sport running away from you down a steep slope.