"The Land Rover Freelander 2 has been superseded by the Land Rover Discovery Sport, but this former star of the small SUV class is a good performer both on tarmac and off it

The Land Rover Freelander 2 was primarily designed to be at its best on the road, despite its beefy looks and impressive off-road capabilities, and it’s a pleasant thing to drive. Earlier versions never had a huge choice of engines, but when it went out of production in 2015, ever-tightening EU regulations meant this model could be had with only one 2.2-litre diesel. You could also specify front-wheel drive to help economy and CO2 emissions.

The Freelander was given a makeover in 2012, when the Land Rover got a new look to bring it into line with the Range Rover and Discovery. At the same time it had an interior refresh, which got rid of the mass of buttons on the dashboard for a more modern look. Rivals include the Nissan Qashqai, Hyundai Santa Fe and even new and used versions of the Dacia Duster if you’re after a utilitarian small 4x4.

The Land Rover Discovery Sport took over in 2015 where the Freelander 2 left off. The ‘Disco’ features newer engine technology with better economy, along with seven seats, which make it even more versatile and a genuine alternative to an MPV.

The 2.2-litre diesel engine was available in two power outputs: the eD4 and TD4 both have the 150bhp engine and the SD4 gets a 190bhp version. As you’d expect, the SD4 gets from 0-62mph quicker than the 150bhp version, but the less powerful engine drinks less fuel.

Enjoyable to drive and handles with precision

Both the excellent manual gearbox and the automatic matched with the more powerful 190bhp SD4 turbodiesel engine make the car easy to drive, however, the steering is slow to react. It works well if you’re going slowly, but the Freelander feels out of its depth when you pick up speed.

Its high seating position gives great visibility for all of the family and the compact exterior dimensions do make for easy town driving. Not only does it have incredible off-road capability, its supple suspension impresses with its comfort on long journeys. The Terrain Response feature, available on higher-spec models, also makes it a more versatile off-road vehicle than many of its more road-focused rivals.

There's no doubt that the Freelander 2 is a very comfortable car – its suspension means it tackles bumpy roads without a problem. The low levels of tyre, wind, and road noise mean that the car is pleasant around town, but at higher motorway speeds the boxy shape creates some wind noise and the engine is noisy at high revs. The quality of the seats, plastics and general surroundings is very good and should cope well with the wear and tear of family life – it’s just a shame the finish isn’t up to the standard you'd expect for the money when new.

The boot is a decent size and the seats are comfortable

Inside the Freelander 2 are deep door bins, a decent-sized glove compartment and plenty of handy storage cubbies, so there’s no shortage of space. The Freelander 2 offers massive boot space of 755 litres, too, which expands to a massive 1,670 litres when the standard split-folding seats are folded down flat. However, the huge wheelarches make the boot’s shape much less practical, intruding greatly on that appealing floor space. The lack of a seven-seat option limits the Freelander 2's flexibility and overall people-carrying ability compared to some of its competitors. The legroom, in both the front and back, means that four adults should fit comfortably.

Some of the interior plastics lack a quality finish

Land Rover dropped five places in the manufacturer rankings of our 2013 Driver Power customer satisfaction survey to come 25th out of 32. The Freelander itself actually re-entered the list of top 100 cars at number 73 but negatives included high running costs, lack of reliability and poor handling – Land Rover's reliability has never been its strongest suit, with owners often suffering niggling issues. The Freelander did manage to secure the maximum five-star rating in the Euro NCAP crash safety tests though, so it’s a safe car.

Land Rovers have never come cheap; even the starting price for the Freelander’s entry-level model, which isn’t particularly well equipped, was expensive. But, the Freelander's main advantage was its impressive resale value. The XS model is our recommendation, as it comes with climate control, cruise control, leather seats and sat nav. The HSE spec added a full leather interior, but at a significant bump in price over the XS. HSE Lux and Dynamic models were added to the range to provide an extra little focus on luxury and finishing touches. 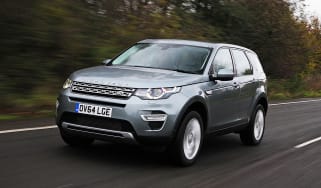 Details on the now more fuel efficient baby Land Rover, including a look at the new Ingenium engine range
New cars 2015: next year's most important cars 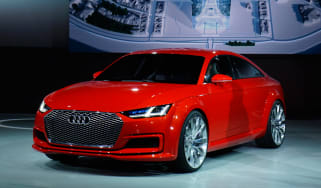 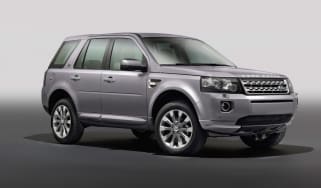