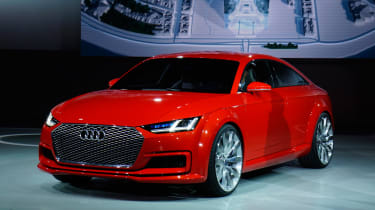 We had a preview of what's to come next year at the Paris Motor Show back in October, which showed that we’re in for quite a treat, with significant new models expected from Jaguar, Land Rover and Vauxhall.

Of course, it’s not just the British manufacturers that will be releasing new cars. The Volvo XC90 SUV will hit UK roads, as will the new Mazda MX-5 and the long-awaited Honda Civic Type R. Audi could also confirm production of the five-door Audi TT Sportback, which would be very big news in 2015.

Scroll down to read more about the new cars set to grab all the headlines next year.

While cars such as the Jaguar XE and Land Rover Discovery Sport have been known about for months, the five-door Audi TT Sportback came as something of a surprise when it was unveiled at the Paris Motor Show. As you’d expect from a TT, the Sportback has striking looks courtesy of a trapezoid-shaped grille, a strong shoulder line and low roofline. Pillarless doors are common on coupes, making the whole car look sleeker. The extra doors add a whole new level of practicality to the TT, though the car on display in the French capital was strictly a four-seater. Audi’s quattro four-wheel-drive system should also be available and you can expect the new car to share petrol and diesel engines with the TT coupe. Audi has not officially confirmed that the car will be put into production but it looks likely, and that would make the TT Sportback one of the biggest launches of 2015. 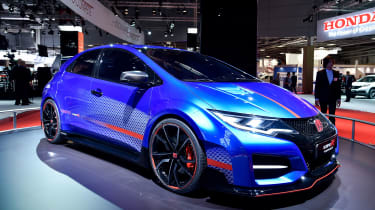 Honda has built plenty of fast hatchbacks in the past, and the 2015 Honda Civic Type R is set to become the most extreme hot hatch the firm has ever made. Featuring a turbocharged engine with 276bhp, an extreme 'racing car for the road' setup and technical know-how acquired from Honda’s many motorsports programmes, the new Honda Civic Type R has all the makings of a stellar hot hatch to rival the Ford Focus ST, Volkswagen Golf GTI, SEAT Leon Cupra and Renault Megane Renaultsport. Honda is now taking deposits of £3,000 for the new car, with first deliveries set for spring of next year. 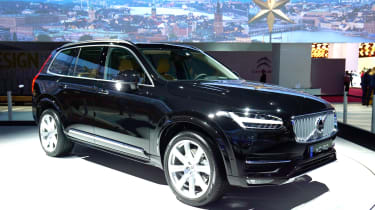 In recent years, Volvo has been a pioneer of car safety technology, and the 2015 Volvo XC90 is set to showcase its latest injury prevention systems, such as a device that prevents collisions with oncoming traffic. The new XC90 will also feature a range of new engines (including an innovative and incredibly efficient “Twin Engine” hybrid), along with a chassis and design language that will feature on every new Volvo model for the foreseeable future. The car is set to go on sale in early 2015. 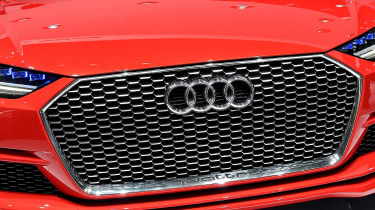 The Audi A4 is one of the company’s best selling models, so it’s of no real surprise that the new one, due early next year, isn’t expected to be radically different from the car it replaces. However, there are still some interesting new developments for the 2015 Audi A4, such as weight reduction techniques to improve efficiency and handling compared to the current car. Two clever hybrid engines will be available too. Add a top notch interior and the desirable Audi badge to the mix, and the new A4 looks very likely to continue the model's popularity. 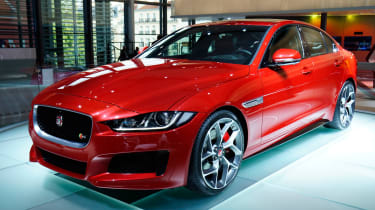 The upcoming Jaguar XE is one of the most important cars the company has ever made. The mall saloon is going head-to-head in 2015 with the BMW 3 Series and Mercedes C-Class, with a new range of ultra-efficient engines, and ride and handling that’s claimed to be best in class. Fundamental to its success will be an all-new lightweight aluminium chassis. More information on the XE - including pricing details and an exact release date - is available in our Jaguar XE story here. 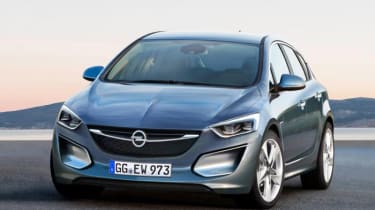 Surprisingly, given that today’s Vauxhall Astra is one of the UK’s best selling cars, Vauxhall has a big overhaul in store for the new version due next year. A more striking design will be a radical departure from the current car’s styling, while increased length will result in improved practicality. Also expected is a new range of efficient petrol and diesel engines, along with Vauxhall’s latest ‘IntelliLink’ infotainment software. Little else is known at the moment, though more will of course be revealed as the launch of the 2015 Vauxhall Astra approaches. 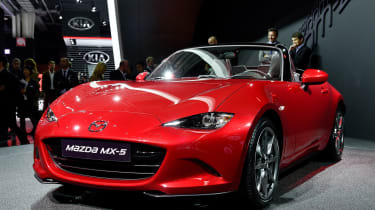 We’re big fans of the Mazda MX-5, and - with over 900,000 versions sold since the model was introduced in 1989 - it seems a lot of you are too. As a result, expectations for the all-new version are high, but signs so far are promising. Not only will the upcoming 2015 Mazda MX-5 feature the firm’s latest range of powerful-yet-efficient petrol engines, but it’s expected to weigh around 100kg less than the current car, making it even more fun to drive. The new Mazda MX-5 will be revealed in September later this year, before going on sale some time in 2015. 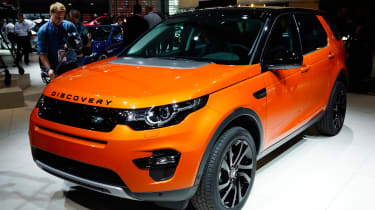 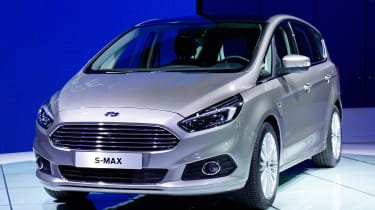 With the current Ford S-MAX firmly established as one of the UK’s most popular people carriers, the new version due next year won’t stray too far from its proven formula. Expect plenty of space, competitive pricing, a great range of petrol and diesel engines and a potentially class-leading ride/handling combo from the 2014 Ford S-MAX. The distinctive styling and well-appointed interior on Ford’s S-MAX Concept from 2013 also gives us an idea of what to anticipate from the production car when it arrives in early 2015. 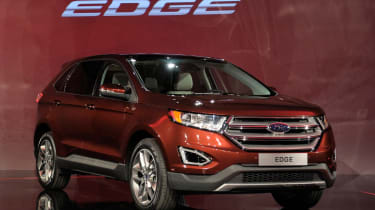 Though next year’s launch of the new Ford Mustang is undoubtedly big news, the Ford Edge that’s coming in early 2015 is one to pay close attention to. While we’ll let you make your mind up about the car’s design, the incoming SUV does have the potential to be a big success. The Ford Edge is claimed to offer more interior space than its chief rivals, and will feature some of the firm’s latest safety technology. Highlights include inflatable rear seatbelts, updated voice activation software and a system that alters how much steering wheel input is needed at low and high speeds. 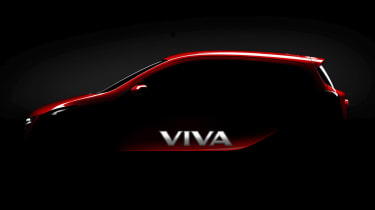 The Vauxhall Viva might be a name synonymous with a small saloon from the 1960s and 70s, but Vauxhall is set to bring it back next year on a Volkswagen up! and Hyundai i10-rivalling city car. Little else is known at the moment, other than it will be based on the next Chevrolet Spark (a car that won’t be coming to the UK) and will go on sale towards the end of 2015. Vauxhall is expected to unveil the new Viva at next year’s Geneva Motor Show in March. 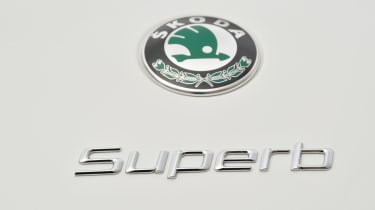 The current Skoda Superb really does live up to its name - very few rivals can match it for build quality, comfort and practicality, and even fewer at the Superb’s price. However, it starting to feel a little date, so it’s good to hear Skoda is working on an all-new version. Best of all, the 2015 Skoda Superb is said to be slightly longer than the current car, which should help it to retain its status as one of the most spacious cars in its class. Prices and specifications aren’t known yet, though we should find out when the new Skoda Superb is revealed in mid-2015.