The Mercedes M-Class' steering is well weighted and it's easy to keep the car where you want it on the road. Neither is the M-Class excessively difficult to drive around town or to park. All models come with parking assistance, which can automatically reverse-park for you and makes the M-Class even more urban-friendly.

The ride is generally comfortable on standard suspension, but it isn't quite as polished as that of rivals unless you get the optional air-suspension, which makes it exceedingly well cushioned. 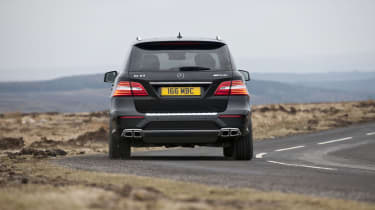 Every engine comes with a smooth seven-speed automatic gearbox, permanent four-wheel drive and a stop-start system to help fuel economy. The M-Class isn't bad to drive off-road as a result, but it's still nowhere near as effective as the Volkswagen Touareg or Range Rover Sport away from tarmac.

There's only one petrol engine available with the M-Class and it's the most powerful of the lot. The ML 63 AMG model produces a monstrous 518bhp, and, in spite of the car's weight, will reach 62mph from rest in 4.8 seconds, which is extremely fast. Just don't expect anything like decent fuel economy. 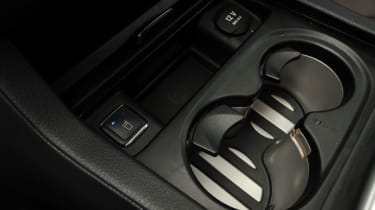 Of the two diesel engines on offer in the M-Class, the entry-level ML 250 is both the most economical and the least powerful. Even so, the 201bhp 2.1-litre model doesn't feel sluggish – it just isn't as quick as the other two. There's a decent amount of pulling power, it'll reach 62mph from rest in nine seconds flat and it's not a bad motorway cruiser.

The ML 350 has a bigger 3.0-litre V6 diesel engine with 255bhp. Consequently, it has a lot more mid-range power than the ML 250 and it's faster off the mark, with 0-62mph taking just 7.4 seconds. It's extremely relaxed on long journeys and will suit those who want reasonable fuel economy but a dose of extra power.