"The Mercedes M-Class is a luxurious and capable SUV that can compete with the class leaders from Audi, BMW and Porsche."

The Mercedes M-Class is currently in its third generation, having been one of the first premium SUVs and an inspiration for the likes of the Audi Q7, Porsche Cayenne and BMW X5. The latest model is bigger than ever before, measuring nearly four metres long and sporting a massive boot. 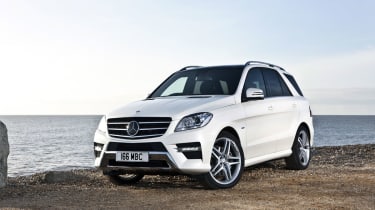 The M-Class has only two trim levels, which keeps things simple. They're called SE Executive and AMG Line and neither is badly kitted out. The AMG Line really looks the part with a sharper, sportier exterior and an even plusher cabin.

The ML 250 kicks off the range with a 202bhp 2.1-litre diesel engine, which is also the most economical option, returning 46.3mpg and CO2 emissions of 159g/km – not bad at all for such a big, burly SUV. Then there's the best-selling ML 350 with its 255bhp V6 diesel, which is fitted with Mercedes' BlueTEC technology and is also the model we'd recommend.

If it's speed rather than efficiency you're after, then there's always the ML 63 AMG, which is a real performance car complete with a 518bhp 5.5-litre twin-turbo V8 petrol engine.

Engines and looks aside, the M-Class is fitted with technology that helps it to travel over rough surfaces and up and down steep hills, such as a Downhill Speed Recognition system. Combine that with proper four-wheel drive and you've got an SUV that's actually capable off-road – although most of those sold probably won't leave the tarmac. 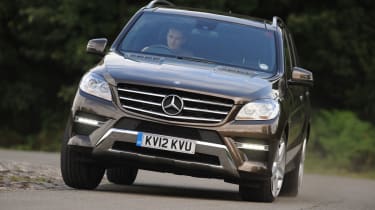 All versions are well kitted-out with luxurious equipment and accessories and have a superb fit and finish as well. You get power-adjustable leather seats and Mercedes' COMAND infotainment and sat-nav system in the cabin, so the M-Class is a proper luxury 4x4. On top of that, it's quite an intimidating presence on the road, so it does the trick if you're after some real visual impact. 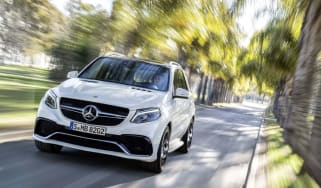 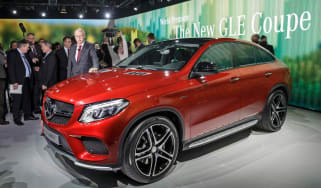 "With great diesel engines, a classy image and top build quality, the Mercedes-Benz M-Class is a fine upmarket 4x4."
Skip to ContentSkip to Footer