Perhaps thanks to the well known Mitsubishi L200 pickup – a trusted tool of professionals and private drivers alike this brand has a strong reputation for building robust, reliable cars. However, Mitsubishi hasn't always performed very well in our annual Driver Power survey, and hasn't featured at all since 2016.

While the ASX hasn't featured in our annual Driver Power survey since 2015, it's revealing to note that it finished almost halfway down the 200-car table that year. As a brand, Mitsubishi has improved in the last couple of years and now occupies a mid-table 16th place position out of 30 brands.

Owner reviews that ASX drivers have submitted to Carbuyer show it in a rather more positive light, though, and over two-thirds would recommend the car to a friend. The ASX's interior is certainly good quality, with all the switchgear and controls working well and feeling built to last. However, some of the plastics don't have the same quality look and feel as those used in some of the car's rivals, such as the Volkswagen Golf. 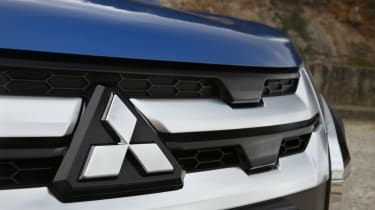 The Mitsubishi ASX had enough safety accessories to secure the full five-star rating in Euro NCAP crash tests, but this was conducted back in 2011. The test has been toughened up several times since then, so the ASX can't be compared on a level playing field with five-star rivals from the past few years.

Some of the latest kit like autonomous emergency braking and lane-keeping assist are missing - these omissions would prevent the ASX from having a five-star rating in 2020 - but Exceed trim cars do get blind-spot warning, cross traffic alert and lane change assist.