"The Mitsubishi Eclipse Cross may not be as polished as some SUVs, but it looks sharp inside and out"

The mid-size SUV market is a crowded one, but the Mitsubishi Eclipse Cross looks distinctive enough to stand out from rivals like the Nissan Qashqai, Peugeot 3008, SEAT Ateca and Volkswagen Tiguan.

Although a diesel engine is expected later, the Eclipse Cross is only available with a 161bhp 1.5-litre turbocharged petrol for now. This comes with a six-speed manual gearbox as standard when ordered with front-wheel drive, but you can also have an optional CVT automatic gearbox – something that becomes mandatory if you choose the petrol 4x4 model. 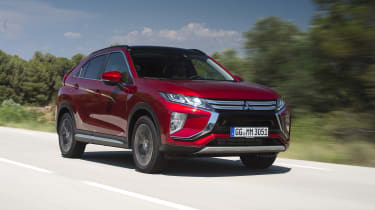 The phrase "CVT gearbox" might make keen drivers shudder, but Mitsubishi's effort isn't as frustrating as many and responds quickly to gearchange requests. It can get noisy, though; we much prefer the dual-clutch automatic offered by Volkswagen and Skoda. You’re better off either sticking with the manual or – if an automatic gearbox is a non-negotiable for you – waiting for the 2.2-litre diesel to arrive in 2018, as this should come with a conventional automatic.

The Eclipse Cross is some way off being as sharp to drive as the SEAT Ateca, nor does it ride as comfortably or resist body lean so well when cornering, but it's still a convincing entry into this part of the market. Its interior quality is generally very strong, too: the Eclipse Cross shares its mechanical backbone with the larger Outlander SUV, but has a far more modern and sleek-looking interior, and one that marks a big step up for Mitsubishi.

All cars come with a seven-inch infotainment touchscreen, and while there’s no built-in sat nav, Apple CarPlay and Android Auto are standard, allowing you to use your phone’s mapping function via the touchscreen.

As well as introducing a Black Edition model of the car, which is limited to 500 examples in the UK, Mitsubishi added some extra features and options to the Eclipse Cross range at the start of 2019. The Black Connected Edition gets Mitsubishi Connect telematics, while new 16-inch alloys were introduced for ‘2’ models. Trim levels ‘3’ and ‘4’ got an auto-dimming rear view mirror, and Active Yaw Brake Control was made available for those models with two-wheel drive. A Lightning Blue pearlescent paint colour was added as a choice across the range.

The Eclipse Cross is comfortable, too, with a sound driving position and supportive seats. The boot is a little on the tight side at 341 litres, however. Compare that to the Peugeot 3008 (520 litres) and Nissan Qashqai (430 litres) and it’s clear the Eclipse Cross’ boot is more in line with a family hatchback’s than an SUV’s. It can be expanded by sliding the rear bench forwards, though, upping its capacity to 448 litres.

Economy could also be better, as an official figure of 40.1mpg (with the 4x4 CVT automatic) means there are more efficient SUVs out there – although once the diesel becomes available this should address that slight shortcoming. The front-wheel-drive petrol model with a manual gearbox returns 42.8mpg, making it slightly cheaper to run. 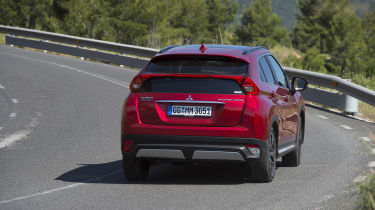 Mitsubishi doesn't always score highly in our annual Driver Power owner satisfaction survey, but the Eclipse Cross was awarded five stars for safety by independent crash-testing experts Euro NCAP, who took into account the car's autonomous emergency braking, lane-departure warning and other sophisticated systems that work together to reduce the risk of collision. A five-year warranty lends buyers additional peace of mind, although this does have a relatively low mileage cap of 62,500.

Overall, the Mitsubishi Eclipse Cross is a striking and interesting alternative choice in the busy compact SUV class – and one that’s likely to sell on style and technology alone. Its flaws, though, are too prominent for us to recommend it over more well rounded rivals for the majority of buyers.

Take a look at the best and most memorable special edition cars
Mitsubishi Eclipse Cross: prices, specs and release date 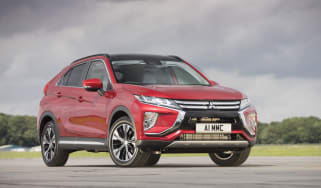