The Mitsubishi Eclipse Cross has a long list of advanced safety features available either as standard equipment or optional at extra cost, and a five-star Euro NCAP crash test rating confirms that safety is a strong point. However, although Mitsubishi has enjoyed a strong reputation for reliability in the past, owner satisfaction can sometimes leave a little to be desired.

Mitsubishi reliability is a difficult thing to judge at present – too few owners responded to our 2017 Driver Power satisfaction survey to provide an accurate measure of exactly how they rate their cars.

Previous editions of the survey have seen reliability and quality rated well, though, even if owner satisfaction overall has been drawn down by less positive ratings for other attributes including performance, handling and style. In-car technology has historically been a Mitsubishi weak point, too, although this is one area in which the Eclipse Cross shows definite signs of progress. 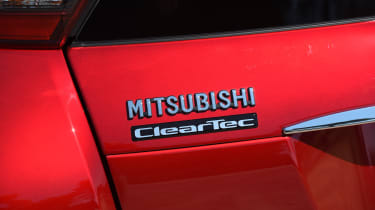 The list of safety equipment offered on the Mitsubishi Eclipse Cross is a long one. Autonomous emergency braking, active cruise control, blind-spot monitoring, lane-departure warning and auto-dipping headlights are all highlights that come fitted in the entry-level 2 trim.

However, crash-test performance is all important, and a five-star Euro NCAP rating demonstrates that the Mitsubishi has a high degree of structural strength, to protect occupants if a crash can't be avoided. Such a rating comes as little surprise – the Mitsubishi Outlander that provides much of the Eclipse’s structure was itself awarded a the organisation’s five-star rating, with excellent adult and child impact protection scores of 88 and 84% respectively.