Mitsubishi has an impressive reputation for building reliable workhorses, such as the Mitsubishi Shogun Sport SUV and Mitsubishi L200 pick-up. The brand has worked its way up to 21st place (out of 30) in 2019 after slipping to the bottom of the table in our 2016 customer satisfaction survey.

The Mitsubishi Outlander placed a disappointing 88th out of 100 models in our 2019 Driver Power customer satisfaction survey but that’s its first appearance in the last few years. Mitsubishi as a brand came 21st out of 30 manufacturers, which is still a fairly poor showing.

However, it scored well for reliability and practicality, which will reassure buyers. Owners want their cars to have better road handling and performance, though, while a lack of in-car tech was a bugbear too. 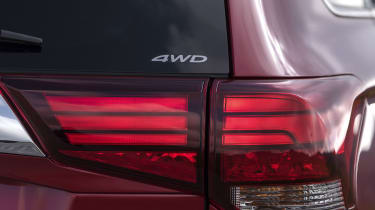 Safety in the Outlander is excellent, as Mitsubishi has pulled out all the stops to make sure it’ll protect its occupants in a crash. Euro NCAP awarded the car five stars out of a possible five, but even more impressive was a superb 94% score for adult occupant protection and rare 100% rating in the safety assistance category, where cars are judged on their safety technology.

Standard equipment on all models includes a full range of airbags for the first and second-row occupants, as well as a passenger airbag deactivation switch, to allow a rear-facing child seat to be fitted. The rear doors have childproof locks and there are ISOFIX child-seat mounting points on the second-row seats. There’s also a wide range of grip-enhancing electronics and an adjustable speed limiter.