Just 24 hours after news broke on a big Skoda SUV due in 2016, bosses at sister company, SEAT, have announced their version of the car will be “a design you expect” – meaning influences from the current SEAT Leon and larger SEAT Alhambra will be obvious inside and out.

“The design phase is close to being finished. It’s a design you’d expect from us with the brand,” Stackmann said.

The new SUV will be based on the current SEAT Leon and Volkswagen Golf, sharing many of its parts, engines and gearboxes with cars from the wider Volkswagen Group. Although unconfirmed, we expect the car (at least in prototype form) to debut at the Geneva Motor Show in March 2015.

The compact SUV will rival cars like the Nissan Qashqai, which is currently one of the UK's best sellers. It will be an important car for the brand, with the car market seeing the SUV segment grow by more than 40 per cent in the past five years.

Stackmann said: "This is an excellent piece of news, since it takes SEAT into a new territory, in one of the largest and fastest growing segments in the world."

With prices for the rivals like the Kia Sportage starting from around £17,000, an entry-level SEAT SUV is likely cost about the same amount.

"The SUV is an important pillar in the future corporate strategy and is a major step forward on the road to reaching sustainable profitability for the company," added Stackmann. 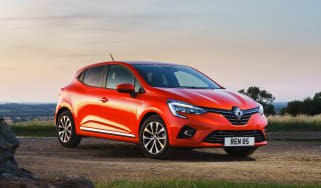