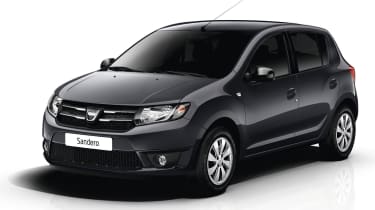 A limited edition of the Dacia Sandero called the Sandero Midnight has been launched, offering buyers some exclusive styling and more equipment than the top-of-the-range Laureate model.

Although Dacia has built its reputation and appeal on budget, no frills, cars the manufacturer clearly sees an opportunity to tap into the current trend for all-black limited edition models. Skoda has given the black edition treatment to its current range, Honda has launched a black edition of the Honda Civic and you can buy an Audi A1 Black Edition, to name but three.

As part of its makeover, the Sandero gets an exclusive ‘Slate Grey’ metallic paint finish, which is very likely to be identified as black out in the street, 15-inch alloy wheels, and gloss black trim on the door mirrors and the pillar between the front and rear passenger doors.

The theme continues with the car’s interior, which gets gloss black trim on the door handles, central console surround and steering wheel.

In terms of kit, the Sandero Midnight is about as well-equipped as you could expect from a Dacia, and comes with air conditioning, electric front windows, cruise control, Bluetooth, a radio/CD player and electronic stability control with traction control.

Buyers will also be able to tick option boxes for rear parking sensors, leather upholstery and a seven-inch touchscreen infotainment system with sat-nav.

Despite the car’s style improvements and more luxurious interior, performance remains steady rather than sporty thanks to a choice of either a 0.9-litre petrol engine that does 0-60mph in 11.1 seconds or a 1.5-litre diesel engine that does 0-60mph in 12.1 seconds. On the bright side, economy stands at 56.5mpg for the petrol model and 74.3mpg for the diesel, with the latter dipping under the 100g/km of CO2 emissions threshold for free road tax.

The Dacia Sandero Midnight is available to order now, with the petrol model starting at £9,354 and the diesel costing from £10,345.

For a review of the Dacia Sandero, plus other models in the Dacia range, head over to Carbuyer’s Dacia reviews page. 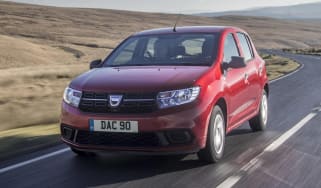