The desirable equipment is now standard across the range 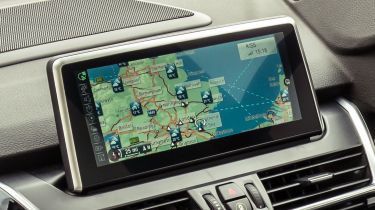 As of 1 September 2015, the whole BMW range has satellite navigation as standard.

The first models to receive the range-wide equipment addition were the BMW 2 Series Convertible and BMW 2 Series Active Tourer back in July, while all BMW Z4 roadster versions were upgraded to BMW’s Professional Navigation.

As of the beginning of September, the BMW 1 Series hatchback and BMW 2 Series coupe will now come with the desirable equipment as standard. This marked the point at which all new BMW models were equipped with sat nav.

BMW’s announcement also means that every model in its range will feature a 6.5-inch high-definition screen mounted on the dashboard, operated by the BMW iDrive rotary controller.

The price of the optional Professional Navigation system has also been reduced to £900 on BMW 1 Series and 2 Series models. If you choose a BMW 2 Series Active Tourer or 2 Series Gran Tourer, the upgrade costs £1,395, as it also includes a head-up display that beams information onto the windscreen in your line of sight.

The Professional Navigation system has a larger 8.8-inch screen and a touch-sensitive iDrive controller, which enables you to ‘write’ letters with your fingertips to enter things like postcodes.

Other Professional Navigation functions include real-time traffic information, plus access to BMW Online and BMW Remote Services, which allow you to send navigation addresses to the car using Google or a smartphone app.

Used car pricing expert CAP estimates that the addition of satellite navigation could add between £300 and £600 to BMW used values, depending on the model.

For the latest reviews on all cars in the BMW range, check out Carbuyer’s reviews page. 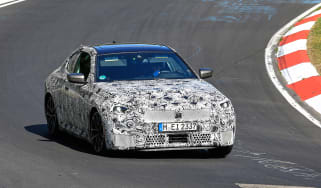 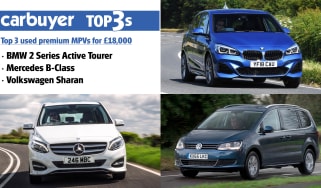