If you're a driving enthusiast who likes top-down motoring, the BMW 2 Series convertible should be at the very top of your shortlist. Fitting in with BMW's new naming scheme that sees saloon and estate models referred to by odd numbers, while coupes and cabriolets get even numbers, it replaces the BMW 1 Series convertible. One area of major improvement is styling – the 1 Series looked a bit ungainly from some angles, but the 2 Series convertible is a beautifully proportioned car that should attract admiring glances wherever it goes.

Buyers have a choice of three petrol engines and one diesel. The cheapest in the range is the BMW 218i petrol, but we think it's worth paying more for the BMW 220d diesel, which is both more responsive in everyday driving and more fuel-efficient, returning up to 55.4mpg. The BMW 230i petrol is a bit of a halfway house – faster than the BMW 220i but lacking the truly sporty nature of the hot BMW M240i – so it's a hard one to recommend. 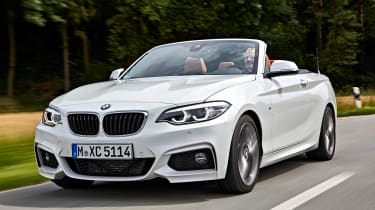 We love how the 2 Series convertible looks from the outside, with the smart front and rear lights being particular highlights when compared to the same items on the old 1 Series. And while the Audi A3 Cabriolet's interior may be slightly sleeker, a 2017 facelift has upped the tech count on offer in the 2 Series, and also sharpened the looks on the outside by way of a new radiator grille and standard LED headlights.

Most convertible buyers will be aware they have to sacrifice a bit of practicality compared to other cars – and that doesn't change with the 2 Series convertible. The boot will hold 335 litres of luggage with the roof up or 280 litres when it's lowered, but it's also awkwardly shaped, so making full use of that capacity is tricky. Also, the rear seats are pretty cramped for adult passengers.

The best convertibles aren't just toys for the summer, they can be used all year round. Here's our definitive guide to the drop-tops that offer the be…
BMW 2 Series Gran Coupe teased 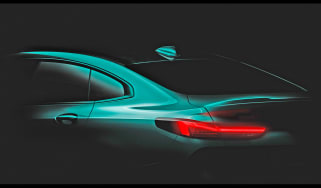 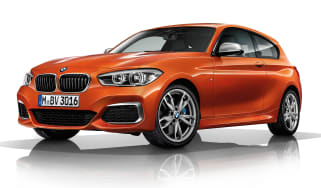 BMW has announced raft of upgrades across its range, including new M140i and 7 Series plug-in
Free sat nav for all new BMW models 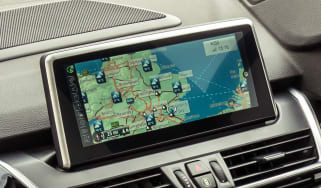