The name might be new, but most of the parts underneath the skin of the BMW 2 Series convertible have been put to use in other models in BMW's range. That should deliver some confidence for buyers.

BMW as a brand placed ninth overall in our Driver Power 2017 owner satisfaction survey, so drivers of its cars are typically happy with their purchase. In the same survey, the BMW 2 Series itself didn’t appear, but the 1 Series model it’s based on came 41st out of 75 models, with a good rating for reliability. That’s reassuring when you consider they share many fundamental parts. 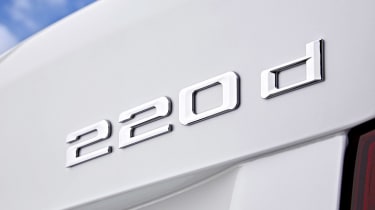 There should be no concerns over the 2 Series convertible being less safe than its coupe counterpart. You get the same range of standard and optional safety systems on the convertible, as well as pop-up rollover hoops behind the rear headrests. These deploy in a split second if sensors detect the car is about to roll over.

Neither the BMW 2 Series coupe or 2 Series convertible have been crash-tested by Euro NCAP, but the BMW 1 Series hatchback on which they're based has, and it scored the maximum five-star rating, as well as a very impressive 97% for adult occupant protection. Child occupant protection was rated at 83%, pedestrian protection at 63% and safety assist at 86%.

The optional hi-tech safety kit includes Driving Assistant (which combines lane-departure warning, low-speed automatic braking to avoid collisions and a driver alertness monitor that warns if it detects you're too tired to drive safely) and a camera that reads road signs, then displays relevant speed-limit information on the dashboard.