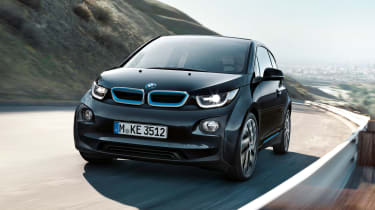 Both the all-electric and range-extender versions of the BMW i3 will get a significant range increase from July, when the updated version of the hi-tech supermini goes on sale.

They’ll benefit from higher-density batteries, which give the all-electric model – now dubbed the i3 94Ah – an range increase of “between 80 and 100 miles” for a total of about 195 miles. There’s no change in performance, however, with 0-62mph still taking a sprightly 7.3 seconds. 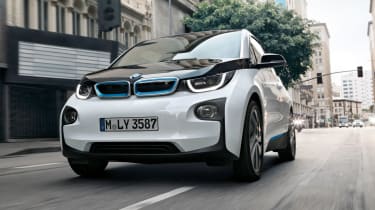 Elsewhere in the line up, the range-extender model (which uses a small petrol engine as an on-board generator to boost the battery’s range) gets an all-in range increase to around 276 miles. Meanwhile, CO2 emissions for this model have dropped by 1g/km to 12g/km, with no effect on road tax or company car tax contributions.

Also, BMW is making DC (direct current) fast charging standard across the range, while AC (alternating current) should be faster, too, thanks to new technology. BMW says that when charged at its fastest rate, the fully electric version of the i3 can fully replenish its batteries in around three hours. 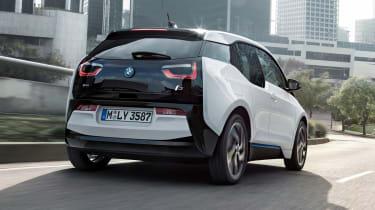 Styling remains the same, although the bright metallic blue colour seen on the BMW i8 supercar is now available as an option on the i3. Inside, BMW has introduced a new interior trim level, called ‘Atelier’, while the ‘Loft’ and ‘Lodge’ ‘Interior Worlds’ remain as options. You can also now specify a new ‘Suite’ interior package, which adds dark oak wood trim to the dashboard. 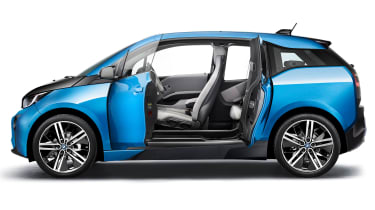 Pricing for the electric i3 will start at £27,830, while the range extender will cost from £30,980 (both after the Government’s £4,500 plug-in grant) when they arrive in July. Despite previous reports, however, BMW has said it won’t be offering this battery upgrade to existing i3 owners. 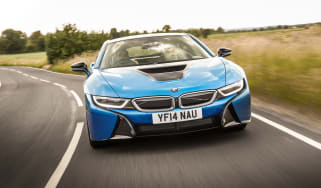