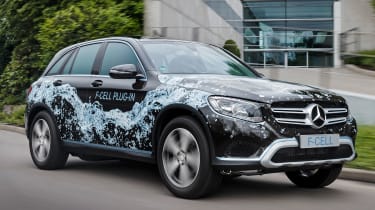 Mercedes has announced that the new Mercedes GLC F-CELL will be launched before the end of the year. Not only is this the first hydrogen-powered Mercedes to be commercially available, but it’s also the first hydrogen car that’s also a hybrid.

Confused? Well, until now, all available hydrogen-powered cars have been just that – powered by hydrogen and nothing else (for more information on how this works, click here). When the Toyota Mirai or Hyundai ix35 Fuel Cell run out of hydrogen, they grind to a halt. 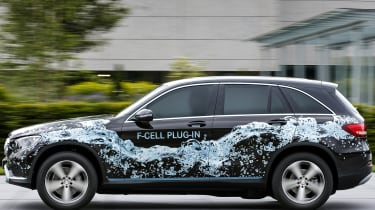 That won’t necessarily be the case for the Mercedes GLC F-CELL, however as you’ll be able to plug it in at home, thereby charging the on-board batteries for a maximum battery-powered range of about 30 miles.

If you combine this with two hydrogen tanks filled with the maximum of around 4kg of hydrogen, the F-CELL should have a total range of about 310 miles. Filling those tanks should take about three minutes, depending on how empty they are. 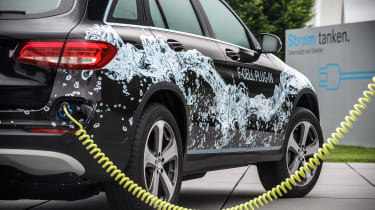 Some may see this as an answer to a question no-one asked. However, Mercedes is keen to point out that this system uses the best aspects of both hydrogen and plug-in technology and will continuously optimise the use of both energy sources. In this respect, it works exactly like any plug-in hybrid car we’ve come across and will likely have an option to conserve battery power for use once the hydrogen has run out.

As yet, we’ve only seen a prototype, so there’s absolutely no information on performance or price for the F-CELL. However, Jurgen Schenk, Mercedes’ E-drive integration head honcho, told our sister title Auto Express that the car would be sold “at a price the customers would accept”. Given that an entry-level diesel Mercedes GLC starts at just under £35,000, we expect an “acceptable” premium over this to be around £10,000 to £15,000, pushing the F-CELL towards the £50,000 mark. 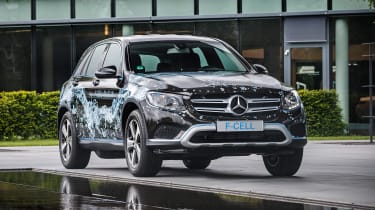 While this isn’t the first time Mercedes has experimented with hydrogen power – there were some prototype hydrogen A-Class and B-Class hatchbacks in the 2000s – this is the first time such a car will be commercially available. The first markets to get the GLC F-CELL will be Germany, Japan and the US in late 2017, while we expect the first UK cars will arrive sometime in 2018.