What are hydrogen fuel cell cars and should I buy one?

Hydrogen-powered cars have the potential to be popular in the future. We explain how they work

With government incentives and fuel prices at an all-time high, you’ve probably considered swapping your petrol or diesel vehicle for a polar-bear friendly hybrid or electric car. However there is another option that you've probably not considered: the hydrogen fuel cell car.

Compared to the large number of EVs on sale, there are very few hydrogen-cell models available to consumers. Yet, despite their scarcity, this technology is being hailed by some as one of the answers to our climate crisis on Planet Earth. 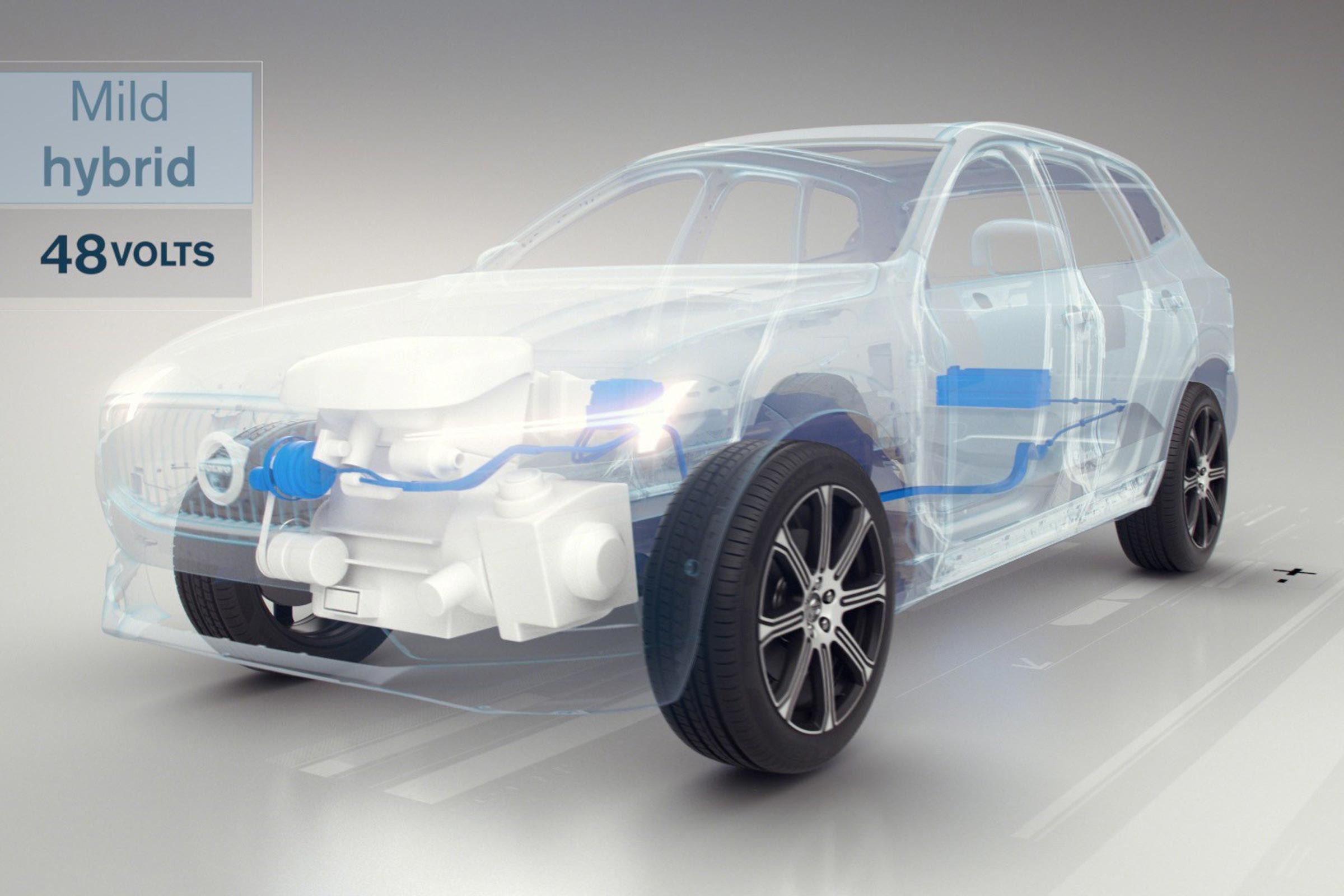 Petrol and diesel cars are clearly unsustainable in our future, as we can't continue to rely on fossil fuels forever. Even if you discount the emissions they produce - and you shouldn't - fossil fuels are finite.

Since hydrogen isn't going to run out - it's the most plentiful element in the universe - hydrogen fuel cell cars look like a good solution for that. Plus, they emit only water from the tailpipe (though the factory that captures and compresses the hydrogen for use in the cars does produce emissions). They can travel as far as a petrol or diesel car, and they’re almost silent, since they are driven by electric motors rather than traditional engines.

The technology is still in its infancy at the moment, however there are already a handful of models on the market. The Toyota Mirai is perhaps the best-known hydrogen car at the moment, because some taxi firms in cities use them. This is a luxury saloon, similar in size to the BMW 5 Series and feels very smooth and refined over longer journeys. There's also the Hyundai Nexo SUV which should appeal to those caught up in the current SUV craze. However, both of these cars are wildly expensive because they have to meet costs despite a tiny amount of buyers. If you live across the pond in the US, there is also the option of the recently discontinued Honda Clarity, while Mercedes and BMW are both working on hydrogen-powered models - read our article about the BMW i Hydrogen NEXT; this is due to go on sale in 2022.

Memories of disasters involving hydrogen mean that some people think there's some risk involved, but that's totally untrue. Plus, don't you put highly flammable petrol in your car without issue all the time?

Read on to find out everything you need to know about hydrogen fuel cell cars.

How does a hydrogen fuel-cell car work?

A fuel-cell car is like an electric vehicle in that it uses its hydrogen to charge on-board batteries that power an electric motor that turns the wheels. For you, that means you put hydrogen in the fuel tank at a normal fuel station, the car uses it to make electricity and that's what drives the wheels.

And now for the technical bit…

A fuel-cell car has a hydrogen tank that can be refilled with pressurised hydrogen in minutes. When this hydrogen is passed through a ‘fuel-cell stack’, electricity is generated for the car’s batteries and motor.

A fuel-cell stack is essentially a three-dimensional wire mesh in a liquid that triggers a reaction. It has a positively charged anode at one end and a negatively charged cathode at the other.

The hydrogen atoms split into protons and electrons within this stack; the protons combine with air to make water vapour, while the electrons are fed into the car’s batteries, which then power the wheels using a motor.

The beauty of hydrogen fuel-cell cars is that their only exhaust emission is water, and they effectively have their own power station to recharge their batteries. Also, unlike pure electric cars, which can take hours to recharge, a hydrogen fuel-cell car can be refuelled in a matter of minutes, making it far more practical for long journeys - and making them feel more similar to petrol and diesel cars.

Why aren’t we all driving hydrogen fuel cell cars then?

Hydrogen cars perform a very clever chemical trick, but they also have some downsides. Firstly, their technology makes them expensive: the only hydrogen cars currently on sale in the UK are the Toyota Mirai saloon and the Hyundai Nexo SUV, which both cost well over £50,000 and are now exempt from the government’s £1,500 Plug-in Car Grant (PiCG). This means they make little financial sense, especially considering the equivalent plug-in hybrid from a more-premium brand such as Mercedes costs significantly less.

Then there’s the issue of refuelling, as there’s only a handful of hydrogen stations dotted around the UK. Hydrogen is also difficult to transport and store compared to conventional fossil fuels. This means that unless you live near one of the very few filling stations, you won’t be going anywhere – which, you could suppose, is certainly one way to reduce your carbon footprint.

Those problems are understandable, though, because new technology requires brave ‘early adopters’ to forge a path for the rest of us to follow as infrastructure catches up and costs come down. A recent example of this is with electric cars: once an oddity, BEVs now make up roughly a quarter of new car sales, with more and more charging infrastructure popping up by the day.

A bigger challenge presents itself when you look at how hydrogen fuel is produced in the first place. Despite its abundance, hydrogen makes up just one part per million of our atmosphere. There’s a huge amount of hydrogen on the surface of the planet, but the majority of it exists in chemical compounds such as water and – ironically – crude oil.

That means it’s necessary to produce hydrogen fuel industrially and, in the commercial world, as much as 95% of all hydrogen is produced by burning fossil fuels.

This leads to a quandary: for a hydrogen fuel-cell car to work, it’s necessary to burn oil, gas or coal to produce, store and use hydrogen in sufficient amounts to power a number of cars.

Until large-scale hydrogen production becomes environmentally friendly, it makes more sense to either a) burn petrol or diesel directly to power the car, or b) use electricity straight from the grid to charge an electric car’s batteries, rather than store the energy as hydrogen in between.

Honda has been developing experimental home hydrogen stations powered by sunlight, as well as slightly larger stations that can be powered by waste or organic biomass. Developments like this could help hydrogen gain a foothold without waiting for the mass creation of the fuel.

What we can be sure of is that hydrogen car – and electric car – technology will improve and reduce their cost and environmental impact in the coming years.

Yes. Hydrogen is far less energy-dense than petrol and diesel, meaning an equal volume of hydrogen gas holds far less power than petrol or diesel do. This makes it necessary to compress the hydrogen.

That compression means hydrogen tanks must be very strong and capable of withstanding enormous pressures: for example, the Toyota Mirai’s tank stores hydrogen at around 10,000psi, which is roughly 300 times higher than the pressure of a car tyre and 700 times the force of gravity.

There’s also the matter of flammability, as pure hydrogen is highly combustible. However, while there are plenty of fail-safe mechanisms when filling a car with hydrogen, any leak would dissipate quickly into the atmosphere. As a point of comparison, the haze you sometimes see when filling up with petrol is fuel vapour, which is highly flammable too.

Then there are the development costs, as hydrogen fuel cells are incredibly complex. Toyota has taken more than two decades to perfect its fuel-cell car; the Mirai’s carbon-fibre-shelled tank can withstand over 200% of its normal operating pressure and stayed intact even when shot with high-powered rifles during tests by Toyota engineers.

Where can I buy hydrogen?

There’s only a handful of hydrogen filling stations open to the public right now. Most of them are in the south of the UK, with three in the London area, although there are others dotted around the rest of England and Scotland.

Many more are planned, but with a small number of hydrogen-powered vehicles on the roads, it’s a classic chicken-and-egg situation.

How much does hydrogen cost?

Individual retailers can determine prices, but you can expect to pay between £10-15 per kilogramme for hydrogen. You don’t necessarily buy hydrogen in the same way as petrol or diesel but, bear with us, everything will become clear.

Taking the Toyota Mirai as an example, its tank can hold 5kg of hydrogen, so it’ll cost around £50-75 to fill up. According to Toyota, this equates to around 60mpg fuel economy, but prices are likely to drop as competition for business increases and mass production of hydrogen for this purpose becomes more commonplace.

Should I buy a hydrogen car?

If you’re a private individual (which we’re assuming you are), rather than someone shopping for a fleet of cars for an eco-conscious company, then the technology is tricky to recommend right now, due to the high cost of the cars themselves and the limited refuelling infrastructure.

Only a couple of hydrogen fuel-cell cars are on sale, although more will launch. Only then will the fuelling infrastructure start to grow – at which point hydrogen cars will start to make a great deal of sense. Until then, we recommend opting for a fully-electric car if you want to travel with zero emissions.