The Hyundai ix35 is a family SUV in the mould of the Nissan Qashqai, Skoda Yeti and its sister car, the Kia Sportage. It has now been replaced by the Hyundai Tucson, but as it was on sale for six years, there are plenty around on the used market.

One of the biggest pulls to the Hyundai ix35 was its unlimited-mileage, five-year warranty, so despite it being discontinued in 2015, you may still find some models with the balance of that warranty, which should provide peace of mind.

The ix35 wasn’t as elegantly styled as the Kia Sportage, but time has been kind and the Hyundai still cuts a dash. It’s practical, too, with a big boot expanding to 1,436 litres with the seats folded. Unlike some of its contemporaries, the ix35 has space for five, doing without a seven-seat option. Still, five adults can sit in relative comfort and that SUV ride height means they’ll all have a decent view. 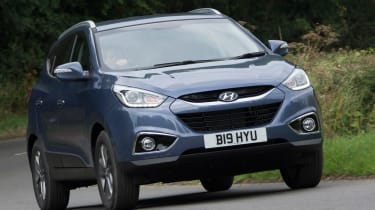 When the ix35 was available new, it was often criticised for the standard of its interior trim and more recent rivals are better in this regard. While the design is attractive, the materials rarely feel tactile.

That said, the amount of equipment fitted as standard was impressive and at least the match of the Nissan Qashqai, with all models from the entry-level ix35 S upwards coming with alloy wheels and air-conditioning.

The equipment roster grows more elaborate as you move up through the range, which is topped by the Premium Panorama with its large glass sunroof. Our favourite trim level is the SE Nav, which includes Bluetooth, cruise control, heated seats, rear parking sensors, a reversing camera and sat nav.

We’d pass on the 1.6-litre petrol engine unless it’s very attractively priced, as it lacks the pulling power of the diesels and isn’t particularly fuel-efficient. The 1.7-litre diesel is a better bet thanks to the promise of 53mpg, plus the way the diesel produces its power is better suited to the ix35.

If you need more power, or four-wheel drive, then choose the 2.0-litre diesel. It’s a little more relaxed on the motorway and makes the ix35 an excellent tow car.

Whichever engine you choose, be aware the Hyundai isn’t a particularly fun car to drive; the Skoda Yeti is far better in that regard. The ix35 leans a bit in faster corners, yet sends jolts through the interior if you hit a pothole. The steering isn’t particularly precise either and gives a rather disconnected feel.

Still, in more pragmatic areas, the ix35 scores well. It’s safe, with a five-star crash-test rating, a range of airbags, anti-lock brakes, electronic stability control, traction control, tyre-pressure monitoring and even a system to prevent a swaying trailer from jack-knifing.

In the 2016 Driver Power owner satisfaction survey, the ix35 was ranked 116th out of 150 models, which isn’t a great showing, but partly reflects the fact this is no longer a new model. Owners praised its ease of use (76th) and practicality (82nd), but marked it down for running costs and performance, coming 123rd in both categories.

The Hyundai ix35's engines offered fairly decent performance, but that came at the cost of fuel-efficiency. Its rivals usually fared better in this department, using less fuel and emitting less CO2, resulting in lower road tax bills. On the other hand, the ix35’s excellent warranty and good-value servicing are strongly in its favour. 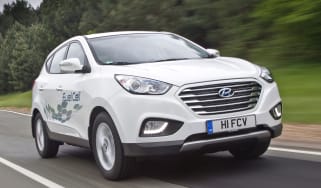 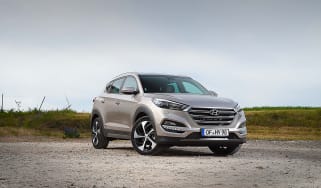 Korean crossover SUV will go head to head with the Nissan Qashqai - priced from under £19,000
Hydrogen Hyundai SUV pricing revealed 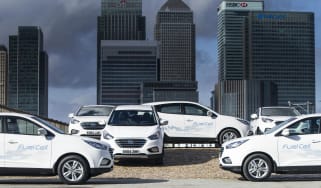 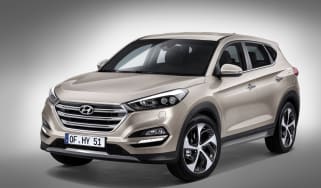 These are the first official pictures of the Hyundai Tuscon, an SUV promising sharper design and clever technology
All-new Hyundai Tucson teased 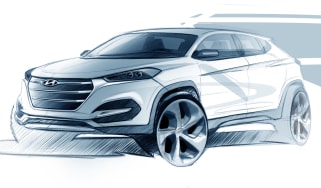 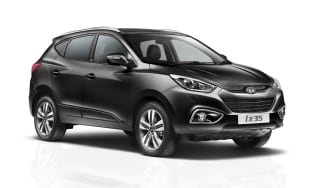 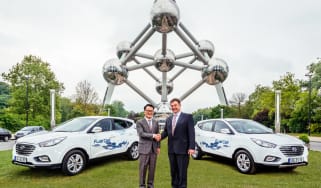 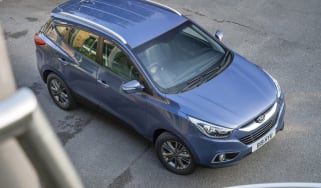 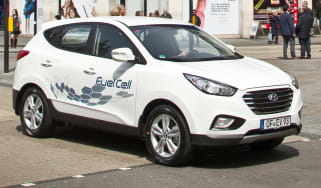 A new version of the Hyundai ix35, powered by hydrogen, is to be trialled in London
Skip to ContentSkip to Footer