What does the decision to leave the European Union mean for drivers and the car industry?

The polls are closed, the votes counted and the decision clear. Now we’re on course to leave EU, how might things change for motorists? 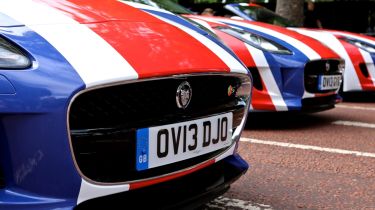 In what can only be described as a seismic decision, Britain is to leave the European Union, or EU. While politicians and businesses consider the wider ramifications of the ‘Brexit vote’, we turn our attention to the possible implications for the British motorist, as well as the UK’s thriving car industry.

Reacting to the news, the chief executive of the Society of Motor Manufacturers and Traders said: "The British public has chosen a new future out of Europe. Government must now maintain economic stability and secure a deal with the EU which safeguards UK automotive interests.

"This includes securing tariff-free access to European and other global markets, ensuring we can recruit talent from the EU and the rest of the world and making the UK the most competitive place in Europe for automotive investment."

Do I need to do anything?

For now, no. Any changes that occur to driving laws will be phased in gradually, clearly and – given the scale of the operation – slowly. Like any contract, our decision to leave the EU comes with certain conditions; Article 50 of the Treaty on European Union (which addresses what happens when a country wants to leave the EU) states that negotiations are allowed to take up to two years.

Possibly. Because the value of the Pound is expected to drop, the real-world cost of importing fuel may grow as a consequence. The AA predicted the cost of fuel could rise by as much as 20%, making petrol and diesel prices of £1.30 a litre a realistic proposition. Some argued this projected increase was too high, though, with the RAC predicting that any rise in fuel prices will be around 5%.

If filling your tank does become more expensive, this is expected to be a short-term problem, as it’s hoped that the market will ‘correct’ itself, with petrol and diesel prices quickly returning to pre-Brexit levels.

The broader financial view may be less rosy: prior to the EU referendum result the UK’s financial sector experienced significant fluctuations: as opinion polls swayed week by week, the market reacted accordingly. Surveys that suggested a ‘remain’ vote was likely led to a surge in investment and saw the Pound’s value rise to its highest level in eight years. Earlier polls that correctly predicted the Brexit vote correlated with a steady fall in stock prices over consecutive trading days.

Now that we’ve elected to leave the EU, it remains to be seen what the long-term economic future will hold for fuel prices, but we can be sure of one thing: financial markets react poorly to uncertainty and the vote to leave the EU is a step into the unknown, if nothing else.

Probably, but not by much. The UK’s photocard driving licence is almost identical to the licences of EU countries – right down to the ‘Flag of Europe’ motif on the top-left corner. Being a member of the EU brought with it certain benefits, including automatic eligibility to drive in any other EU country.

Now that we’re set to leave the Union, it’s possible that holidaymakers who want to drive in Europe will have to apply for an International Driving Permit. These cost just £5.50, though, and are available from the Post Office, as well as the AA and the RAC. Our in-depth guides to driving in France and driving in Spain have plenty of information if you’re heading to either of these countries, and you should also check out our general guide to driving abroad.

Do also be sure to speak to your insurer before you drive in Europe. Under current legislation, all insurance policies in the EU must provide a minimum level of cover when driving in another country in the European Union. Now that Britain has decided to leave the EU, this may well change, and you could find yourself driving without insurance if you’re not careful.

On a more positive note, Duty Free allowances should return, adding an extra perk to the end of your holiday and making ‘booze cruises’ economically viable again.

What about car insurance? Didn’t the EU make that more expensive?

Actually, recent increases in the cost of car insurance were down to the Chancellor of the Exchequer, George Osborne, who increased the tax on insurance premiums in this year’s budget. Some argue that car insurance may become slightly cheaper, though: currently, all policies have to meet certain EU criteria, something that’s hard for small insurance companies to do. On the other hand, the administration implicit in creating and meeting new UK-specific insurance standards may see premiums rise slightly.

What does Brexit mean for the UK car industry?

This is where we enter into pure conjecture. Certainly, carmakers were quick to voice their concerns over the possibility of Brexit. Bosses from BMW, Mercedes and Renault were explicit in their support for remaining in the EU, with Ford’s chief executive officer, Mark Fields saying that “having the UK as part of a reformed E.U. is in the best interests of the UK”.

Being outside the EU may mean that European export tariffs will make producing cars in the UK more expensive. With the UK car industry worth around £70 billion a year and almost 60% of cars made in the UK exported to EU countries, it remains to be seen what the true implications of the Brexit are for automotive manufacturers.

In a recent press release, the Society of Motor Manufacturers and Traders (SMMT) cited favourable trade agreements, improved environmental performance and the ability to recruit talented foreign workers as significant advantages currently enjoyed by the UK automotive industry. These factors have contributed towards a 7.3% growth in turnover since 2014, in a sector that employs over 800,000 people. The SMMT has urged the government to meet issues raised by our decision to leave the EU ‘head on’.

On a more optimistic note, while trade between Britain and countries still in the EU is set to become more difficult from an administrative point of view, foreign manufacturers who build cars in the UK are unlikely to be in a rush to leave. Nissan, for example, recently announced a plan to invest £100 million in its Sunderland plant and will be loath to compromise such a commitment. And before the referendum, Aston Martin CEO Andy Palmer wrote a letter to the company’s employees stating that while there may be some short-term negative consequences leaving the EU could ultimately result in our exports becoming “more competitive”.

If you want to learn more about the broader context of the Brexit vote, make your way over to our sister publication, The Week.