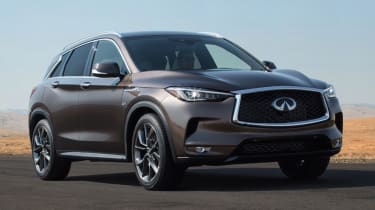 The Infiniti QX50 has been fully revealed at the LA Motor Show. A rival for similar cars like the BMW X3, Mercedes GLC and Lexus NX, the QX50 will be launched in the UK in late 2018.

Looking all the world like the concept cars that preceded it with a few detail changes, the QX50 is an imposing SUV with bold styling. Infiniti claims that the new SUV is more aerodynamically efficient than the last QX50 and that it offers “unrivalled interior space” – a strong claim in a market filled with practical rivals. A sliding rear seat bench helps to maximise boot space with the seats in place, while folding them down opens up 1,699 litres. 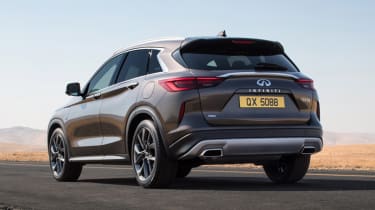 The QX50 is all-new from the ground up, with new mechanical underpinnings that Infiniti claims bring "unrivalled refinement, rigidity and interior space". Infiniti has given the QX50 its VC-Turbo engine, which is claimed to be “the world’s first production-ready variable compression ratio engine”.

Infiniti says this technology “combines the power of a 2.0-litre turbocharged [petrol] engine with the torque and efficiency of a four-cylinder diesel,” through adjustments of the engine’s pistons. The compression ratio changes between 8:1 and 14:1 depending on how the car is being driven, resulting in improved efficiency. 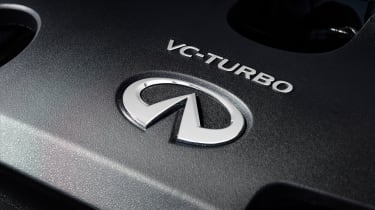 The new engine produces 264bhp and can propel the QX50 to 60mph from rest in 6.3 seconds when paired with four-wheel drive, and up to a 143mph top speed. Economy figures have yet to be released. The car will only be available with a CVT automatic gearbox, but it will come with eight ‘virtual’ gears for drivers who want the option to change gear themselves. Four-wheel drive will be optional. 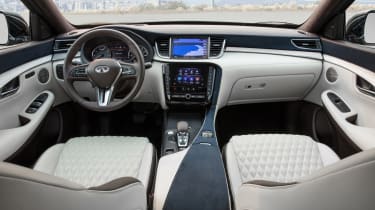 The Infiniti QX50 will have the brand’s sophisticated ProPILOT autonomous technology. The system will “help the driver control acceleration, braking and steering during single-lane carriageway driving, placing them in total control”. The car also has an autonomous braking with pedestrian detection and a forward collision warning system, lane-keeping assistance, blind-spot monitoring and adaptive LED headlights. 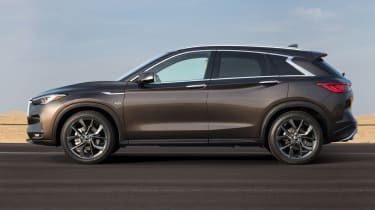 An official UK release date and price have yet to be confirmed, but we expect the QX50 to arrive towards the end of 2018 with a price tag of around £35,000.