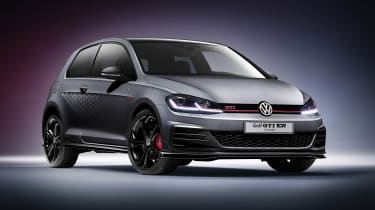 The Volkswagen Golf GTI TCR has been confirmed for production and will become the fastest GTI ever when it hits showrooms later this year. The latest GTI variant – shown here as a concept close to production – is inspired by the track-only Golf GTI TCR, which races in the TCR series and won the 2017 driver's title with Jean-Karl Vernay at the wheel. The road-going production model will have 286bhp and a top speed of 164mph, while 0-62mph is expected to take around six seconds.

As part of a restructure of the GTI range, the 286bhp GTI TCR will become the flagship GTI, sitting above the GTI Performance, which itself has effectively become the base model after the standard GTI was dropped because of increasingly stringent emissions regulations. The TCR's power comes from the same 2.0-litre turbocharged petrol engine already used in the standard GTI and Golf R. The GTI Perfomance variant has 242bhp, giving the TCR a 44bhp advantage. The TCR has the same seven-speed automatic DSG gearbox as the 306bhp Golf R but unlike that model, the TCR is front rather than four-wheel drive. 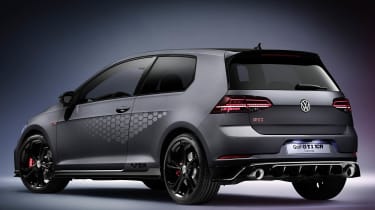 Despite this layout giving the front tyres lots of power to cope with, VW claims the TCR "offers perfect traction thanks to the [standard] front axle locking differential". While the car will be limited to 155mph from the factory, buyers will have the option of removing the electronic speed limiter to ‘unlock’ its 164mph top speed as part of a performance package. This package also includes lowered suspension, 19-inch alloys and the addition of Volkswagen’s Dynamic Chassis Control adaptive suspension.

Larger brakes have also been fitted, featuring perforated discs, uprated calipers and high-performance brake pads. An upgraded exhaust comes as standard but this can be replaced by an optional titanium system manufactured by specialist company Akrapovic. 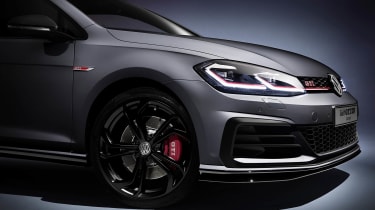 The TCR gets a number of racy styling upgrades over the standard GTI, including a more aggressive front splitter, side-skirts and rear diffuser, along with optional TCR graphics. There are five colours to choose from, three of which can be had with a contrasting black roof. Smaller touches include projectors under the wing mirrors that beam the TCR logo onto the floor when the doors are opened .

There are a number of sporty additions to the interior too: upgraded sports seats feature up front, with TCR-specific microfibre and fabric upholstery throughout. Red highlights – a traditional GTI touch – feature on the car’s seats, steering wheel, seatbelts, gear lever and contrasting stitching. 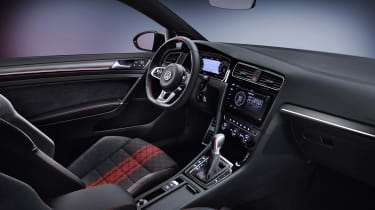 Official details of the TCR’s exact price, on-sale date and production numbers are yet to be announced, but it’s likely that the new model will cost around £33,000 when it arrives towards the end of 2018. The UK is the world’s biggest market for the Golf GTI, so it’s expected that a relatively large number of TCRs will make their way to British dealerships. It may be that there is no limit on numbers and the car is sold until a new Golf appears in 2019. 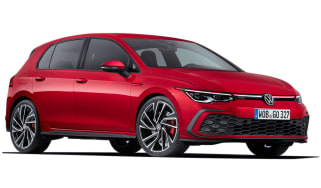 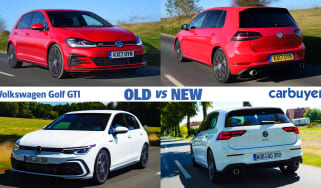