The Range Rover Velar’s R-Dynamic pack adds extra visual sportiness to what is a classy and comfortable SUV. 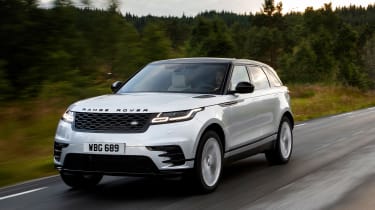 The R-Dynamic styling pack adds a dose of sportiness to the Range Rover Velar, with a few extras inside and out. There are no major changes under the skin - the suspension and major components are the same as the standard Velar - but the ride can be on the firm side anyway. It’s certainly no sports car, but is sufficiently engaging for most in the premium SUV class.

The Velar squeezes in between the Evoque and the Range Rover Sport in the Land Rover line-up, and was the first model to usher in a new, sleeker design language. If you’re interested in it, you might also be looking at SUVs such as the Audi Q5 and Porsche Macan, which are both available in similarly sporty guises.

The best SUVs on sale

You can choose any of Land Rover’s two petrol and four diesel engines. The 2.0-litre petrol engines are available with either 250bhp or 300bhp, while the diesel units offer between 180bhp and 300bhp and provide a choice between a 2.0-litre engine or a 3.0-litre V6 engine. Whichever you choose, you’ll have all-wheel drive and an automatic gearbox. 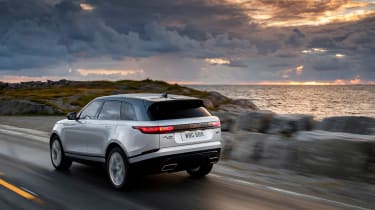 We tested the R-Dynamic pack on the top diesel model, which combines a 0-60mph time of 6.3 seconds and a claimed 37.8mpg on the WLTP combined cycle. As you might expect, it’s not the one to go for if you’re particularly conscious of running costs - lower-powered models will be slightly more frugal and a tad kinder on the wallet.

You’ll spot the R-Dynamic models by their black grille, sportier bumpers and copper accents. Then, you can choose between S, SE and HSE trim levels, with the size and design of the alloy wheels changing as you ascend the range.

The interior is undoubtedly a beautiful place to be. Most models feature two slick touchscreens mounted in the centre console, which are crisp and intuitive to use. However, you’ll have to do without Apple CarPlay and Android Auto, and the sleek roofline means there’s not as much space in the back seats as in the full-size Range Rover. 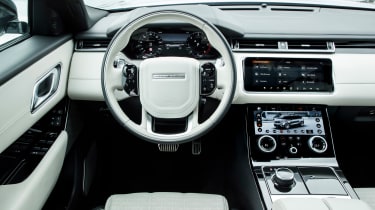 That said, there’s plenty of room in the boot - you’ll have 632 litres of space to fill, rising to 1,690 litres with the rear seats folded. Those figures sit neatly between the Audi Q5 and larger, seven-seat Q7. Depending on the engine you choose, you’ll be able to tow up to 2,500kg.

Our impression of the Velar is that it’s a very refined car, regardless of whether you choose the R-Dynamic models or not. The larger wheel sizes do add a bit of road noise, but this is only noticeable because the engine is so quiet and wind noise is kept to a minimum.

There’s a mountain of torque to explore, which hauls the top D300 model from 0-60mph in a smidge over six seconds. We think it’s more fun than the petrol model, and the throttle response is pleasingly sharp. Thanks to the firm suspension, you won’t have to endure lots of body roll through fast corners. Plus, the advanced four-wheel-drive system means the Velar is able to go far off-road, although most owners are unlikely to explore its full potential.

The Range Rover Velar is one of the more stylish offerings in the premium SUV segment and the R-Dynamic pack enhances the car’s eye-catching looks. It adds nothing by way of sportiness to the driving experience but the Velar handles neatly for a car of this type. Its core strengths are the classy interior design and comfort levels on the road, where you’ll find the Velar cabin a relaxing place to sit out long journeys. 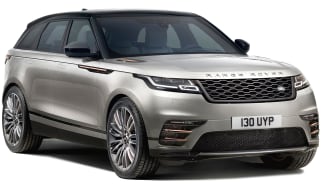