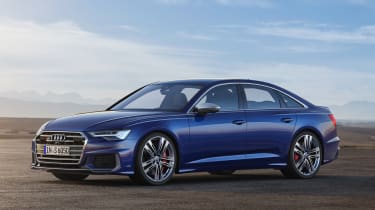 The new Audi S6 and S7 have been revealed and both will use a new mild-hybrid diesel powertrain. The S6 will be available as both a saloon and an estate, while there’ll be a single S7 Sportback model. Both models arrive in the UK later this year but pricing has yet to be confirmed. We expect the S6 to start at around £66,000 and the S7 to have a price of £71,000.

The 48-volt mild-hybrid system can power the new S6 and S7 to speeds of up to 13mph over a short distance. Audi claims a fuel economy figure for the S6 Saloon of 45.5mpg, with the S6 Avant and S7 Sportback achieving up to 43.4mpg. 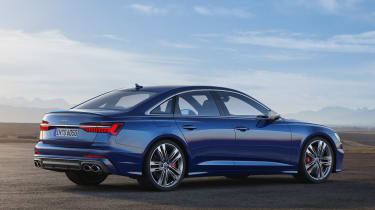 All models feature permanent quattro four-wheel drive and an eight-speed automatic gearbox, which is capable of sending up to 85% of the available power to the rear wheels or 70% to the front wheels, depending on the conditions. The Audi S6 Saloon completes the 0-62mph sprint in five seconds, with the A6 Avant (the estate) and A7 Sportback completing it in 5.1 seconds. All models are electronically limited to a top speed of 155mph.

The S6 and S7 get further performance upgrades over the standard A6 and A7, including larger brakes, optional all-wheel steering, adaptive air suspension, which can raise or lower the ride height depending on the mode selected, and an optional sports differential. 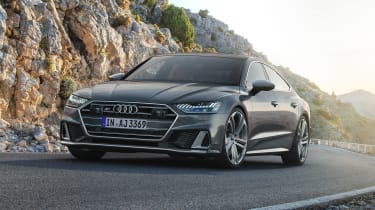 Exterior styling updates for the new Audi S6 and S7 include a restyled front bumper with larger air inlets, a deeper front spoiler, and dark chrome and silver trim on the radiator grille. The rear also gets a restyled rear bumper, a deeper rear diffuser and chrome quad exhausts. All variants come with 20-inch alloy wheels as standard, with 21-inch alloy wheels available as an option.

Want to know more about the current Audi S6 and S7? Read our in-depth reviews, or check out the best hybrid and electric sports cars to buy in 2019.